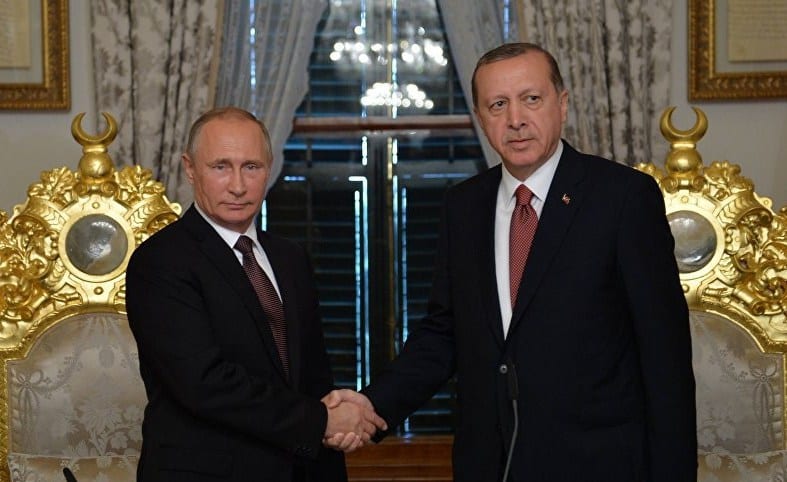 The Turkish and Russian presidents agreed to create a “demilitarized zone” in Syria’s Idlib province, appearing to avert a bloody government assault on Turkey’s southern border.

Recep Tayyip Erdogan and his host Vladimir Putin signed the memo after four-and-a-half hours of negotiations in Sochi, Russia.

All heavy military equipment tanks, ground-to-air missiles and mortars of all the opposition groups will be removed by October 10, the leaders said. The zone, which will be patrolled by Turkish and Russian military units, will become operational from October 15.

President Erdogan described the agreement as a “solution” to the issues in the region.

In recent weeks, Syrian and Russian planes have conducted scores of airstrikes in Idlib in the run-up to an anticipated offensive by Russian-backed Syrian forces to retake the last part of the country under armed opposition.

Following the memo signing, Putin said he would “soon hold additional consultations” with his Syrian allies, who had been counting on Russian support to retake the province.

Syria’s other key ally Iran has chosen to stay out of the Idlib showdown to avoid alienating Turkey.