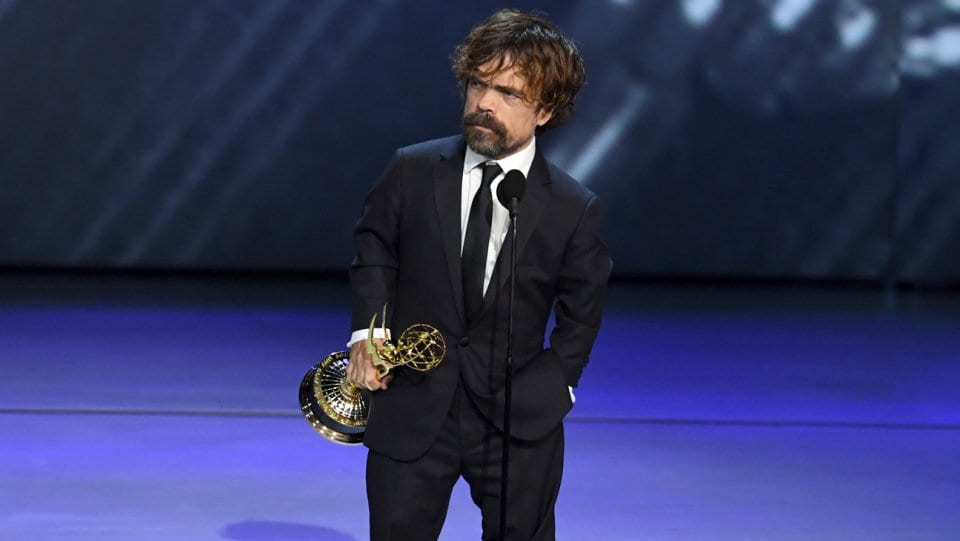 Amazon’s Marvelous Mrs. Maisel led the field of winners at the 70th annual primetime Emmy honors handed out at the Microsoft Theater in Los Angeles.

British stars Claire Foy, Thandie Newton and Charlie Brooker were among the winners at the 70th Primetime Emmy Awards.

Claire Foy won the best actress in a drama series for her role as Queen Elizabeth II in Netflix’s royal epic The Crown.

However, in the end, none of the winners at the show level were surprises:

After seeing The Marvelous Mrs. Maisel rack up four of the six available comedy awards at the beginning of the broadcast, it was no surprise to see it take outstanding comedy series near the end of it.

And Game of Thrones won its third Emmy for outstanding drama series, a win for a season that didn’t garner as much praise as some past cycles have.

The moment of the evening came from Glenn Weiss, who won for directing the Oscars as he proposed to his girlfriend on stage, and she accepted.

While accepting outstanding directing for a variety special for The Oscars, he spoke to his partner Jan Svendsen, who was sitting in the audience.

Svendsen, who looked shocked and delighted, then made her way up to the stage to accept his proposal.

The ceremony took place at the Microsoft Theatre in Los Angeles, with Kenan Thompson and Kate McKinnon kicking off proceedings.

“We’re celebrating the fact that this year’s Emmy Awards has the most diverse group of nominees in Emmy history,” Thompson said.

The awards ceremony that started off trying to do edgy humor about the limits of progress toward diversity. As the hosts embarked on a parody song called We Solved It – suggesting the Emmys had single-handedly fixed Hollywood’s lack of diversity

It was hard not to notice that it took quite a while to get to the first nonwhite winner in an acting category: Regina King for the Netflix limited series Seven Seconds.

The show had a powerful political statement as well. With the superstar comedian actress Jennifer Lewis donning a Nike sweatshirt “to tell them how proud I am of them for supporting Colin Kaepernick“.

Nike has made the NFL player, who kneeled during the national anthem at a match to protest against police brutality towards African Americans and racial injustice, one of the faces of its celebration to mark the 30th anniversary of the ‘Just Do It’ slogan.

Commemorating the 70th Emmy Awards presented opportunities for nostalgia, and  spontaneous moments as well trying to address some of the recent issues of diversity and the #metoo scandals that have rocked Hollywood.

Not everyone enjoyed the night, but once again the online streaming giants flexed their muscles as serious contenders for the usual networks.