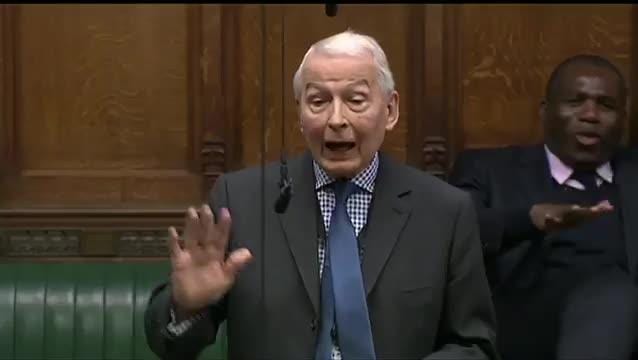 Frank Field’s resignation is no big deal according to Yvonne Ridley who recalls a flurry of #Labour ministerial vacancies during #IraqWar.

The illegal war in Iraq – yes it was illegal because the US and UK invaded without UN support – was the final straw for me and so I quit as a member of the Labour Party.

I was not alone as a large number of other disaffected socialists walked away too over the then prime Minister Tony Blair’s decision to join US President George W Bush on his ill-advised war in Iraq.

I don’t recall any MPs doing the same although the late Robin Cook became the first New Labour cabinet minister to quit on a matter of principle over his opposition to the looming war in Iraq as did Home office minister John Denam and  Junior health minister Lord Hunt of Kings Heath.

The international development secretary Clare Short became the fourth minister to go although her decision came after the US-led invasion. She accused Blair of breaking promises over Iraq’s future and launched a scathing attack against the “presidential” style of the New Labour government.

The reason for going back to 2003 is because of veteran MP Frank Field’s decision to resign the Labour whip and now says he may trigger a by-election in his Birkenhead constituency.

Field reckons the leadership’s handling of anti-Semitism allegations and what he calls “bullying and intimidation” in local parties is to blame for his departure. However he says he wants to remain a party member and sit as an “independent Labour” MP.

Frankly I find his decision rather bizarre. If he is resigning on a principal and truly believes he’s lost confidence in Labour’s ability to deal with antisemitism then I would say he is a man of integrity … whether you agree with him or not. However why would he want to retain his membership? If the party is led by anti-semites as he says why would he want to remain?

Anyway, those rubbing their hands with glee at his departure should calm down. Labour has been through much, much worse which is why I recalled the mass ministerial resignations under Blair. It’s always wise to look back in history before having a hissy fit.

To be honest Frank has form – he’s done it before! In 1998 he quit as social security minister after Blair decided not to give him the job of his boss, Harriet Harman, when she was dropped from the cabinet. One Blairite remarked at the time that Frank was “a fly in the reshuffle ointment.”

I wonder what the Corbynistas would call him today?