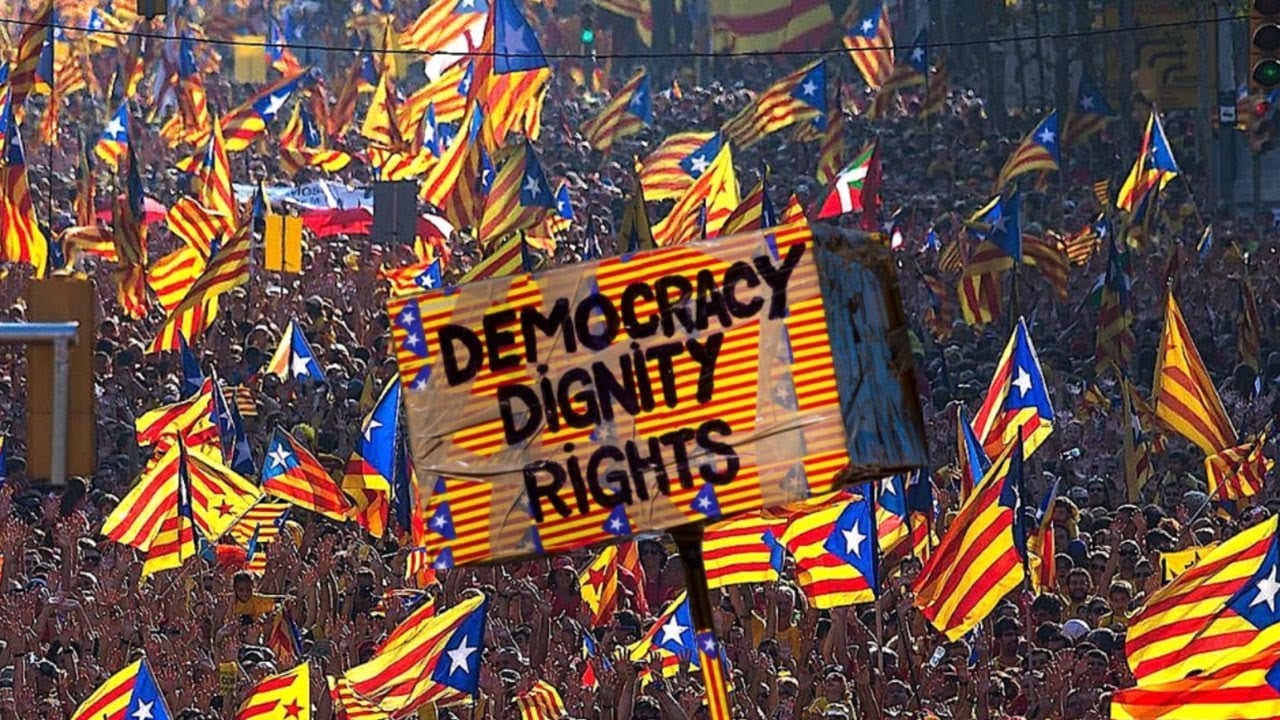 ‘They were waving their flags of independence declaring Catalonia an independent country while others were demanding the release of political prisoners’ – #Barcelona #PepGuardiola #Mancity – Yvonne Ridley from #Catalonia crisis – one Year on!

The drive to Barcelona from Calella de Palafrugell was breathtaking but it wasn’t the beautiful scenery which caught my attention, it was the people on every bridge crossing the AP7 motorway to the cosmopolitan capital of Spain’s Catalonia region.

They were waving their flags of independence declaring Catalonia an independent country while others were demanding the release of political prisoners, many of whom are their political leaders. Some are still in exile, like Catalan president Carles Puigdemont who is in Belgium and Clara Ponsatí Obiols, an economist and government appointed education minister who was given refuge in Scotland.

The cosmopolitan city of Barcelona will be the focus of world attention on September 11 as more than one million people gather in the capital of Spain’s Catalonia region to demonstrate peacefully on what should be a show of solidarity with family and friends.

Internationally known for its marvellous art and architecture, Barcelona will be celebrating Catalan’s national day almost a year after the Spanish regime inflicted a brutal response to the peoples’ referendum for independence.

Madrid would rather we all forgot about the medieval scenes of baton-charging, tear gas throwing police officers whose violence was deemed by Felipe VI, the King of Spain to be proportionate!

I’m sorry Your Majesty, but the scenes I saw unfold on my TV screen resembled the actions of a tinpot dictatorship from the Middle East or an equally tyrannical regime from a banana republic and not from the heart of Europe.

When, Your Royal Highness, did it become acceptable to beat elderly women with a baton? These women who had lived through the fascisms of Franco, were merely exercising their democratic right to vote? I can not remember scenes like this since I was in Tahir Square during the Arab Spring.

Of course we expected to see this sort of violence from the riot police under the control of the Egyptian Pharaoh Hosni Mubarak, but to witness such brutality on the streets of Europe was truly shocking. Even those Spanish people who are dedicated unionists must have winced with shame at the government’s reaction to this act of peaceful resistance.

“What about the impartiality of a journalist?” I hear you cry. Well I do like to consider myself impartial but not when it comes to injustice and breaches of human rights. I will always stand with the oppressed and not the oppressor. I will always stand with those seeking democracy and not those bullying regimes that try and enforce their iron will on a people who simply want freedom.

I will always give a voice to the voiceless and perhaps that is what some of my colleagues in the mainstream media need to understand. Standing with the oppressor is not impartial journalism, it is an act of cowardice which is why telling the truth on the events of September 11 in Barcelona will become almost a revolutionary act of defiance.

And that is why, as you read this, I have travelled to Catalonia. I will be spending the next few days for WTX News reporting on the events and the people I meet as the anniversary of September 11 approaches.