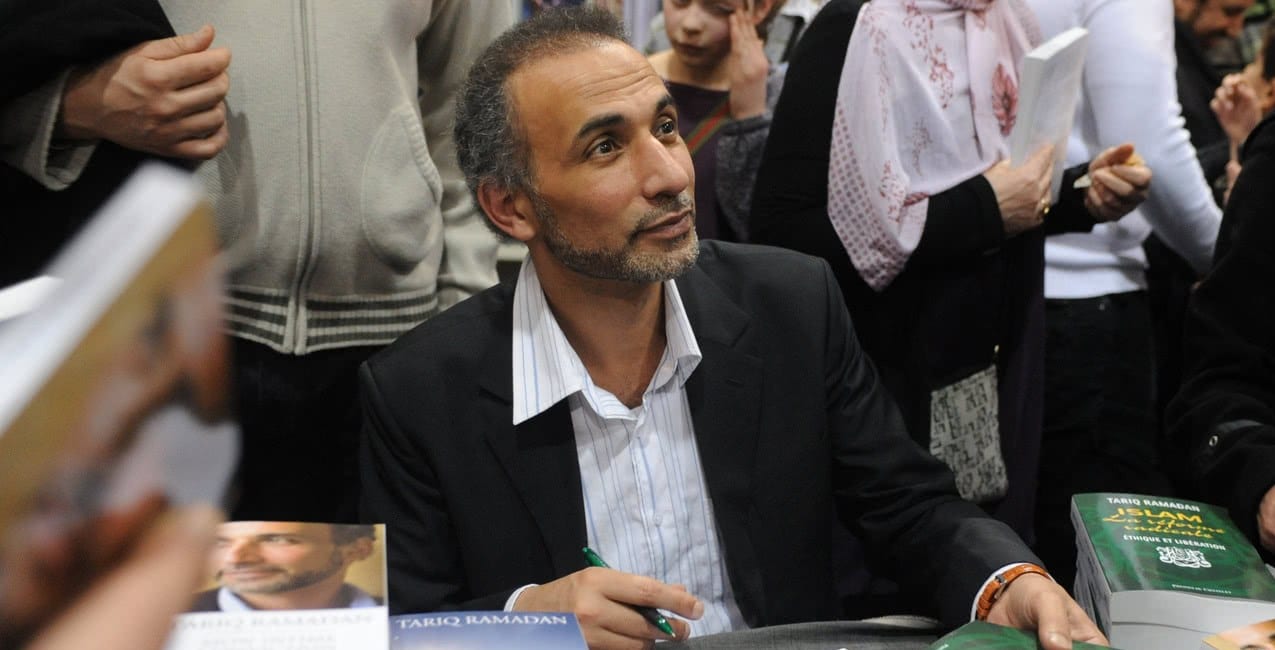 You’d be hard pushed to find a bigger supporter of the #MeToo campaign than myself but I have to admit – and this will come as a shock to some of my friends and followers of this column – I am feeling very uncomfortable and conflicted about the ongoing legal drama around Professor Tariq Ramadan.

He stands accused of rape by a group of women who emerged during the height of the global #MeToo scandal and if he is guilty then I’d be among the first to shout “lock him up and throw away the key!” However the French need to let the man defend himself in the first place but in their frenzy to dispense French justice they appear to be ready to haul him off to the guillotine without a trial.

The only trial I’ve seen is by elements of the French media who can’t even get his nationality right, so blinded are they in their hatred of anything to do with religion and, Islam in particular. While the rest of the Western world has consistently viewed Ramadan as a liberal scholar, the French authorities are running around with all the dignity of a headless chicken in the belief they’ve captured the equivalent of Osama bin Ladin! The hysteria and (over)reaction of the judiciary is simply astonishing and way out of proportion to reality.

Tariq Ramadan has been locked up for four months since he voluntarily flew to France to resolve the accusations laid against him. Now his legal team says he is being denied access to his full legal file. In addition he suffers from the serious medical condition of Multiple Sclerosis but the treatment he has received inside prison falls far short of the much boasted about medical care system in the country.

In short the French authorities are behaving like the top brass of some banana republic and not a serious democracy residing in the heart of Europe. Quite frankly I’ve had a gutful of the French tripartite motto of Liberté, égalité, fraternité which is why I have joined a number of other journalists, politicians, scholars and academics in signing an open letter reminding France of its double standards and views of human rights when dealing with the case of Ramadan.

Defenders of Due Process for Tariq Ramadan (DDPTR) is an international coalition which asks for nothing more than justice and fairness for the academic when it comes to his treatment. No one is asking for special treatment, favours or bending the rules. Neither are we sitting in judgment of his guilt or innocence, none of us are arrogant enough to presume we know better despite all sorts of groups’ determination to put Ramadan on trial on the social networks.

For those on both sides of the heated debate who are presuming either guilt or innocence – and shouting it from the rooftops – I would urge restraint and tell them politely to shut up! Twitter and other social networks are not the arenas in which to hold a trial. My grievance and that of the other diverse group of signatories including people like Ken Loach, Amina Wadud, Professor Emad El-Din Shahin, Dr Sami Al- Arian, Karen Armstrong, Professor Stephen Chan, Hamza Yusuf, Professor Richard Falk and Dr Norman Finkelstein, is that justice is neither being served or acted upon.

None of us is arrogant enough to try and assume the role of the magistrates or usurp the position of a French judiciary but in the run up to any trial the defendant must have their human rights acknowledged and recognised. Surely, for a country still haunted by the so-called vile justice of the Algerian Casbah, France will want to uphold the highest standards of humanity within the law.

Yet the treatment being meted out to him is quite different to white, non-Muslim men facing similar charges. Where’s the proof, I hear you scream? OK here it is: the Minister of Public Action and Accounts, Gérald Darmanin, and Minister for Ecology and SolidarityTransition Nicolas Hulot, are two subjects of early investigations into rape and sexual assault allegations by more than one woman.

Unlike Ramadan, these two were briefly interviewed and then allowed back into the workplace where they continue to serve in government – certainly no suspension from duties pending further enquiries at this stage. And then there’s Englishman David Matthews, who just happens to be the father-in-law of Pippa Middleton – sister of the Duchess of Cambridge, Kate – who has also been accused of rape although the victim in question is underage. Matthews is now back in the UK, unlike Ramadan, pending further enquiries. However, just like Ramadan, these three men all vigorously deny the allegations laid against them.

So can anyone in the French media tell me why Ramadan is being treated differently and why none of you has the backbone or guts to stand up and demand answers in the true spirit of campaigning and investigative journalism? The French authorities so far have trashed Ramadan’s most basic human rights and, although he voluntarily arrived in France for questioning, denied him bail at the preliminary investigative stage.

So why is he being treated any differently to Matthews, Darmanin and Hulot? The only difference I can see is that he’s a Muslim. Ramadan is also a serious intellectual and globally highly respected academic who is most definitely not a serious flight risk and no where is there for him to run or hide such is his profile. Sadly French justice has been blinded by its hatred of religion and Islam, in particular. Tariq Ramadan is the grandson of Hassan al Banna, the founder of the Muslim Brotherhood of which he’s not even a member.

Clearly France operates on two forms of justice – one for white, establishment men and a different one for Muslims. Every French citizen should be up in arms now that his lawyers have been forced to appeal to the European Court of Human Rights against the inhumane suffering meted out to him at the hands of the judiciary.

Sorry but the chest-beating cry of liberté, égalité et fraternité is starting to sound hollow and, perhaps more seriously, opens the French nation to some mockery and accusations of institutionalised racism, Islamophobia and rank hypocrisy.

Personally I am amazed by the French reaction – or should I say lack of it. I have worked alongside many French activists in places where human rights are thin on the ground and I’ve always been impressed by their sense of justice and I know many citizens will be truly appalled by Ramadan’s treatment just as I am.

It is time for the hysteria-driven posturing and gesturing to stop. Magistrates are not trying Osama bin Ladin or anyone like him. Before you stands a globally respected academic, a liberal scholar and whatever he may or may not have done a man who should be treated like any other individual going before the French judiciary.

I couldn’t give a flying fig if he’s an Oxford Don or Don Vito Andolini Corleone! Let’s just see a little bit of that French liberté, égalité, fraternité in action.