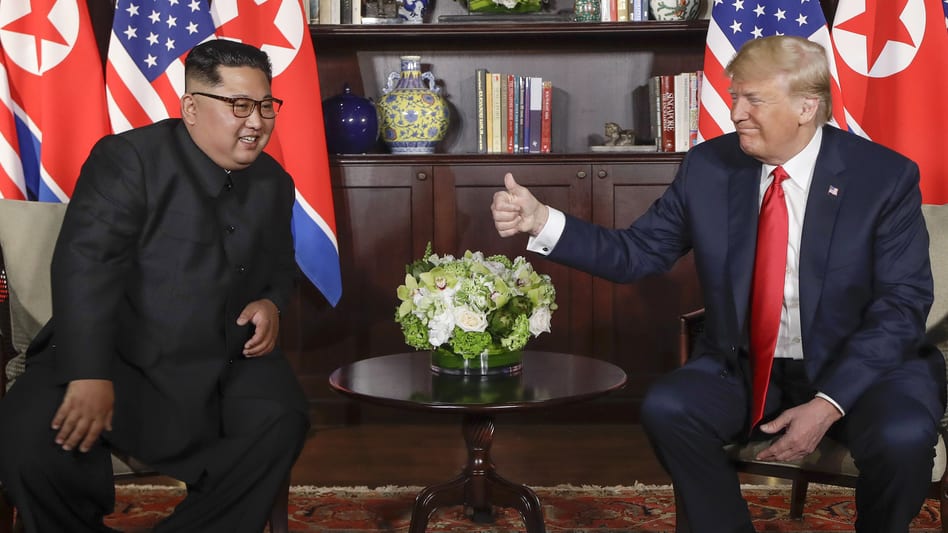 The historic bromance between #Trump and Kim Jong Un is real – Will they build a golf course together? #summit #Singapore

Donald Trump and Kim Jong-un have become the first sitting US president and North Korean leader to meet, an unprecedented development after a year of exchanging threats via twitter and messengers.

This has been a stressful and testing ordeal for the two leaders and has taken almost a year to achieve. Back-channel communications, China’s support as well ‘deniable’ compromises from both sides.

However, on Tuesday, US President Donald Trump and North Korean leader Kim Jong Un pledged on Tuesday to work toward complete denuclearisation of the Korean peninsula while Washington committed to provide security guarantees for its old enemy.

Although, It did not give any details on how denuclearisation would be achieved and made no mention of the international sanctions, it is still a major step to forge an alliance that is heading in the right direction.

Critics will suggest that this is a glorified photo opportunity, however, it is much more than any of the past US leaders have ever achieved.

The joint statement did say the two sides had agreed to recovering the remains of prisoners of war and those missing in action and repatriating them.

If the joint statement does lead to a lasting detente, it could fundamentally change the security landscape of Northeast Asia, just as former US President Richard Nixon visit to Beijing in 1972 led to the transformation of China.

From Singapore, before signing what Trump described as a “comprehensive” document, Kim said the two leaders had a historic meeting “and decided to leave the past behind. The world will see a major change.”

Trump said he had formed a “very special bond” with Kim and that relationship with North Korea would be very different.

Following on from the statements North Korea “commits to work towards the complete denuclearisation of the Korean peninsula” but analysts say it has not made specific commitments have yet been outlined.

In turn, President Trump has said the US will stop playing war games with South Korea that infuriate the North. A rather controversial statement admitting to the US involvement in the region. Something the US administration has previously denied.

Chairman Kim also agreed to destroy a “major missile engine testing site” and the President reiterated that sanctions won’t be lifted until progress is made on denuclearisation.

Further announcements will be made over the coming days, where the US administration will outline the decommissioning of further missile sites and process of denuclearisation. Spectators across the globe watch in fascination as this historic meeting gives the financial markets in Asia and the US both a boost and the area some hope.