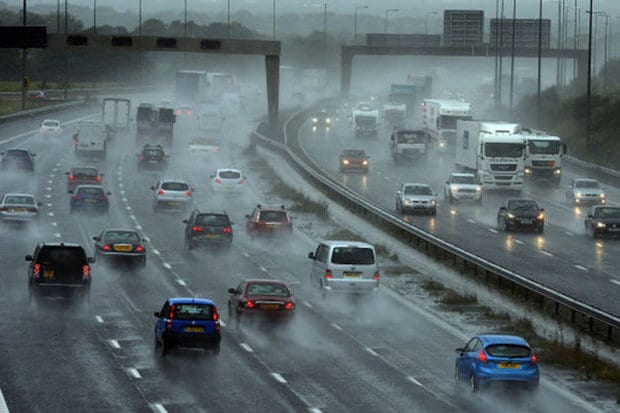 Parts of Oxford experienced flash flooding overnight. Didcot Parkway station was more than a foot underwater and 100 people had to be evacuated from the Old Fire Station arts centre.

The Met Office has issued a yellow warning for rain is in force across northern and western parts of the UK from 09:00 BST.

It comes after storms lashed the UK on Thursday, bringing problems to the rail and road network, with airlines also affected.

Easyjet cancelled 48 flights in and out of Gatwick Airport. And Ryanair said some flights were delayed, while “a small number” had to be cancelled because of the weather.

Heavy showers and thunderstorms are due to continue throughout Friday – the start of the meteorological summer.

Rail passengers face delays and cancellations, and roads are closed.

Friday’s forecast for the UK

England and Wales will begin with heavy clouds and some very heavy rain, with thundery showers, especially in the west. Inland the cloud will break towards the afternoon and it will bring sunshine and some heavy showers.