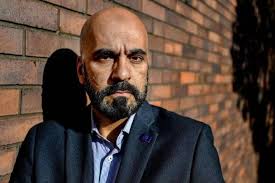 Former CEO of Human Appeal Othman Moqbel, is set to appeal his sacking, following claims of financial misconduct and being “forced out” by the Trustees on Sunday.

In a statement released by his solicitors MWG Solicitors, the firm said ” The investigation was based on wholly inaccurate details and considerations.” And will exercise his right to appeal the decision made against him.

The statement also read “He very much regrets not being able to say more about the whitewash of an investigation which led to him being dismissed in such an unfair and summary way.”

The dismissal of former CEO of Human Appeal, the Manchester based charity is set to unravel a host of issues and problems within the Muslim charity sector.

This follows a 6 month internal investigation where Othman Moqbel, a leading member of the Muslim community in Manchester, was dismissed by Human Appeal this month after a disciplinary hearing.

Two other executives, Zahid Rehman, director of communications, and Razaul Karim, head of campaigns, have resigned after being suspended.

What is evident is Othman Moqbel, was a hugely popular guy not only within the Human Appeal charity, but also within the charity sector itself.

Othman was recognised as one the heroes of Manchester, following the attack on Manchester during the Ariana Grande concert he launched an appeal for the victims and their families. It has raised almost £15,000.

He led the Human Appeal to growth from £3 million to £36 million over a period of 6 years, and hundreds of messages of support have arisen on social media.

Human Appeal based in Manchester, and has grown to be one of the largest and most influential charities around the globe. It has a presence in 25 countries around the world to become the global agent of change.

Human Appeal is now the subject of an inquiry by the Charity Commission into poor administration, failures to account for funds and breaching the charity’s policies and procedures.