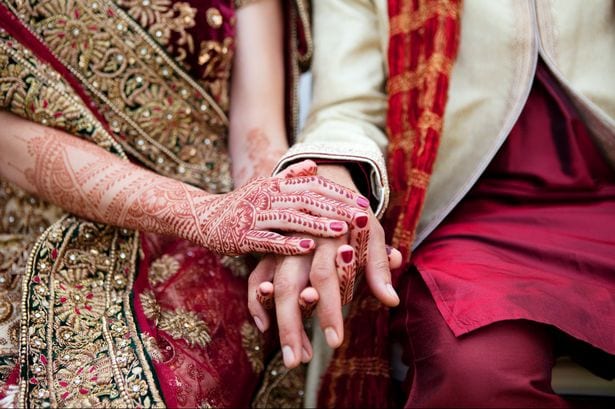 Forced marriages highest among British-Pakistanis in the Midlands

British-Pakistanis still top the list of forced marriages in United Kingdom despite a drop in the number of cases involving them.

According to figures released by the UK government’s Forced Marriage Unit (FMU), more than 1,100 cases of forced marriages were recorded in 2017.

Of these, cases linked to Pakistanis were the highest at 439 which is a booming 36.7 per cent of the total cases.

However, the number of forced marriage cases linked to British-Pakistanis saw a decrease of eight per cent compared to the previous year.

Bangladesh was second highest on the list with 129 cases, 10.8 per cent of the total cases recorded in the UK.

However, the cases linked to Somalia saw a 100 per cent increase. Meanwhile, 120 cases were found to have no link to any country.

Further, eighty-five per cent of the 439 cases linked to British-Pakistanis were dealt with in the UK.

Of the 439 cases involving British Pakistanis, 346 were females, 92 were male victims and the remainder are unidentified.

Most of the cases recorded were in the West Midlands region, while London was third on the list with 63 recorded cases.

Of the total cases, in 930 of them the victims were female, while 256 cases saw males become a victim of forced marriage.

According to the report, not only young adults have been a victim of forced marriages but middle-aged people have been known to be forced into marriages as well.

British schools were urged to act to protect girls at risk of being taken abroad for marriage during the summer holidays.

The warning came a day after a mother went on trial in Birmingham accused of tricking her teenage daughter into travelling to Pakistan to marry a much older man to whom she was allegedly betrothed when she was 13.

Campaigners said the case could lead to the country’s first conviction for forced marriage.

Forced marriages highest among British-Pakistanis in the Midlands