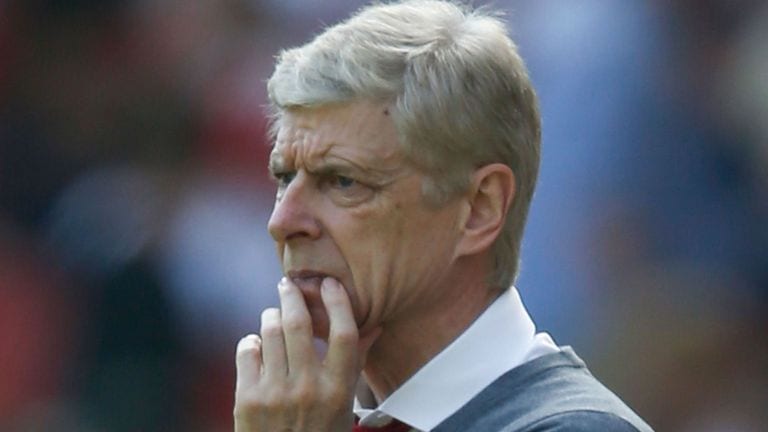 The next manager who comes in to take charge of Arsenal FC will have a monumental  task of rebuilding the side, from the worst premier league finish of Wenger’s tenure.

A number of managers have been linked with replacing Wenger, including former captain Patrick Vieira and ex-Barcelona manager Luis Enrique.

Arsenal’s hopes of reaching the Champions League next season rest on winning the Europa League.

Earlier this week Thierry Henry commented about the lack of quality in the Arsenal team, and some of the decisions facing the next manager. Who does he build the news team around, or does he use the champions league as a foothold to attract new talent. Needless to say the next manager will have to decide with which players he will start the rebuilding process.

It seems a further twist is in the tale, where the potential candidates viability will depend on whether Arsenal qualify for the champions league through the Europa league.

It is understood that Luis Enrique would be interested in they qualify for the champions league, this also applies to some of the other managers who are interested.

Diego Simeone could be the man to take Arsenal forward, it is understood that he would be interested in the package is right, but as it stands the club do not have a transition plan in place.

So they have to have a manager who can punch above their weight, and the outstanding candidate for me is Diego Simeone at Atletico Madrid.

He has challenged, not just in the Champions League but in La Liga too, with a team that has a big budget but nowhere near that of Barcelona and Real Madrid. Are Arsenal prepared to offer him something more attractive, so he can compete against the Manchester clubs and the likes of Chelsea and Liverpool.

So far there has been no indication as to when Arsenal will announce Wenger’s successor, and the upcoming World Cup in Russia may complicate proceedings if a target has not been identified.

Arsenal manager Arsene Wenger says that the timing of his departure from the club after nearly 22 years “was not really my decision”.

It was announced on Friday that the Frenchman would leave the club at the end of the season, despite having a year left on his contract.

Speaking before Thursday’s Europa League semi-final first leg against Atletico Madrid, Wenger said: “I focus on what I have to do every day.

The 68-year-old announced on Friday that he will call time on his 22-year reign as Arsenal boss at the end of the season, following years of protests calling for Wenger to resign his post.