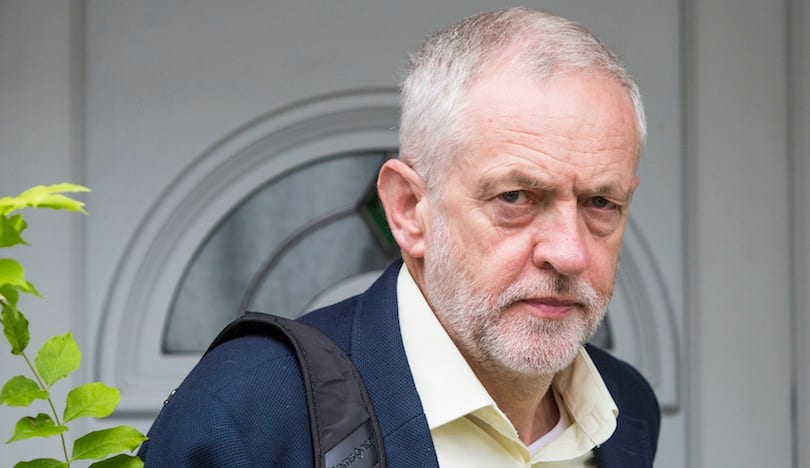 #Labour Party Leader Jeremy #Corbyn has been forced to say he “utterly” condemns #anti-Semitism after his apparent support for an anti-Semitic mural.

Jeremy Corbyn has been accused by Jewish leaders of holding “conspiratorial views” about their community and treating them like a “hostile entity”.

Mr Corbyn said he would be meeting representatives of the Jewish community to “rebuild” confidence in his party.

However, the organisations behind the open letter are planning a protest outside Parliament on Monday.

The letter – drawn up by the Board of Deputies of British Jews and the Jewish Leadership Council – said there has been a “repeated institutional failure” to properly address anti-Semitism.

It accuses Mr Corbyn of being unable to “seriously contemplate anti-Semitism, because he is so ideologically fixed within a far left worldview that is instinctively hostile to mainstream Jewish communities”.

The Labour leader has said he is “sincerely sorry” for the pain caused by “pockets of anti-Semitism” in the Labour Party.

The letter will be delivered to a meeting of Labour MPs and peers, although the Labour leader is not expected to attend.

His apology on Sunday evening, his statement read: “In 2012 I made a general comment about the removal of public art on grounds of freedom of speech. My comment referred to the destruction of the mural Man at the Crossroads by Diego Rivera on the Rockefeller Center.

“That is in no way comparable with the mural in the original post. I sincerely regret that I did not look more closely at the image I was commenting on, the contents of which are deeply disturbing and anti-Semitic.

“I wholeheartedly support its removal.

That followed high-profile comments by Labour Party members which were considered to be anti-Semitic and found that anti-Semitism was not more prevalent within the party that it was any other party.