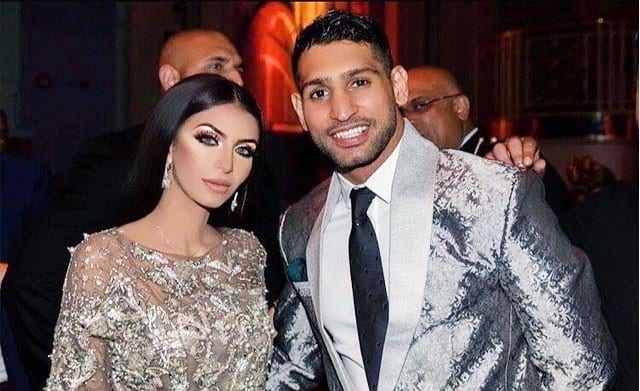 Amir Khan & Faryal to star in their own reality TV show

Boxer Amir Khan and his wife Faryal are to star in their own reality TV show by British broadcaster #ITV.

After a very public fall-out and reconciliation last year it comes as no surprise that boxer Amir Khan and his wife, Faryal Makhdoom, are reportedly in talks for their own reality show.

If there was ever any Pakistani celebrity suitable for a version of Keeping Up with The Kardashian’s, it just has to be Amir Khan. The British boxer, of Pakistani heritage, along with his wife Faryal Makhdoom, has provided more than enough family drama for all of us.

The reports come after the couple reconciled last year after an ugly and public feud, shared across social media for everyone to see.

According to The Sun, ITV bosses want the 31-year-old boxer and his wife to take part in a Katie Price-style fly-on-the-wall series.

With the Bolton born boxer struggling to secure high profile fights in his boxing career, it has long been rumored that the couple would seek alternative ways to seek fame and fortune.

Rumours emerged in 2012-2013 that the couple were in talks of with an American network about staring in a Kardashian – type of reality TV show.

An ITV source has claimed that the boxer, famed for his hilarious one-liners on the recent series of ‘I’m A Celebrity’ will “make more great telly if they did a fly-on-the-wall series with them”.

The series will reportedly will follow the pair, who wed in 2013, as they try to get their relationship back on track following their public war of words and claims of infidelity with Amir khan accusing Faryal of having an affair with Antony Joshua.

Last August, Amir who shares daughter Lamaisah with his wife, announced on Twitter he was divorcing Faryal. The boxer had said Faryal was messaging fellow boxer Anthony Joshua.

The boxer has recently admitted that he feels embarrassed for the way he handled the break-up with his pregnant wife.

Amir too has been accused of cheating on his wife. Dasha Abdelgany, 27, alleged the sportsman showered her with compliments about her ‘beautiful sweet voice’ and ‘wow’ lips, even offering to fly her out ahead of one of his fights.

Khan previously spoke out about all the accusations of him cheating, claiming that fans ‘set you up and take pictures’.

Amir Khan & Faryal to star in their own reality TV show