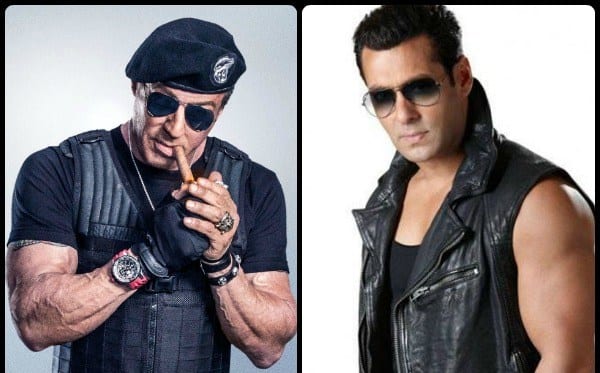 Two cinema legends work together to promote each others movies. A day after Bollywood star Salman Khan shared a video from Sylvester Stallone’s Creed 2, the Hollywood star has returned the favour, promoting the latest poster of Khan’s Race 3.

Salman Khan has been sharing posters of his upcoming film, Race 3 and the latest one featured Bobby Deol. Posting the image on his Instagram account, Stallone wrote, “The very best wishes to very talented film hero SALMAN KHAN For his next film RACE 3 !@beingsalmankhan.”

Salman, on Wednesday, shared a clip of the Rocky star wherein he is promoting his flick Creed II. He wrote alongside, “While I introduce the #race3 family this week, this is something all of you should know.”

While I introduce the #race3 family this week, this is something all of you should know . pic.twitter.com/Zj1xpyb3Lx

Race 3 is the third film in the hit franchise Race and it also stars Jacqueline Fernandez, Saqib Saleem, Daisy Shah and Anil Kapoor, apart from Salman and Bobby.

Creed 2 will have the star return as Rocky Balboa. The film will also feature Michael B Jordan. Directed by Steven Caple Jr., the film is slated for a November 2018 release.