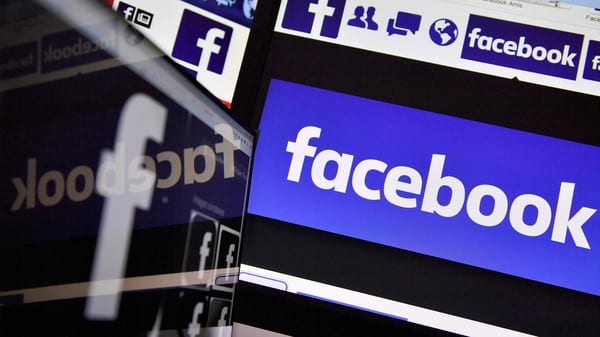 Analysts suggest this carefully considered PR statement is just about weathering the storm & #Facebook will absorb the losses and bounce back by Q4.

Facebook chief executive Mark Zuckerberg broke four days of silence on Wednesday and admitted that mistakes were made in safeguarding user data. His statement came amid a privacy scandal involving a Trump-connected data-mining firm.

Zuckerberg posted on his Facebook page on Wednesday that Facebook has a “responsibility” to protect its users’ data. “If we can’t then we don’t deserve to serve you,” he wrote.

Zuckerberg and Facebook’s No 2 executive, Sheryl Sandberg, have been quiet since news broke on Friday that Cambridge Analytica may have used data improperly obtained from roughly 50 million Facebook users to try to sway elections.

In a statement, Mr Zuckerberg said a “breach of trust” had occurred. In an interview with CNN he also said he was “really sorry”, and pledged to take action against “rogue apps”. He added that he was “happy” to testify before Congress “if it’s the right thing to do”.

Analysts suggest this carefully considered PR statement is just about weathering the storm and with the immensely powerful and influential businessman will avoid any direct confrontations with politicians.

In his statement posted on Facebook, he promised to make it far harder for apps to “harvest” user information.

The camera shy billionaire added: “While this specific issue involving Cambridge Analytica should no longer happen with new apps today, that doesn’t change what happened in the past.

“We will learn from this experience to secure our platform further and make our community safer for everyone going forward.”

Despite the length of the email Zucherberg failed to address a few key points. Issues that MP’s are keen to grill him about. He provided no explanation as to why, after learning about the data breach in 2014, Facebook failed to act and opted to give the companies a warning instead of banning them outright. Whilst allowing them to continue to advertise and mine data through various questionnaires and paid content promotion.

Secondly, he gave no reasoning as to why Facebook failed to inform users their data may have been affected. Technically, it still hasn’t. And will Facebook provide compensation for the data breaches?