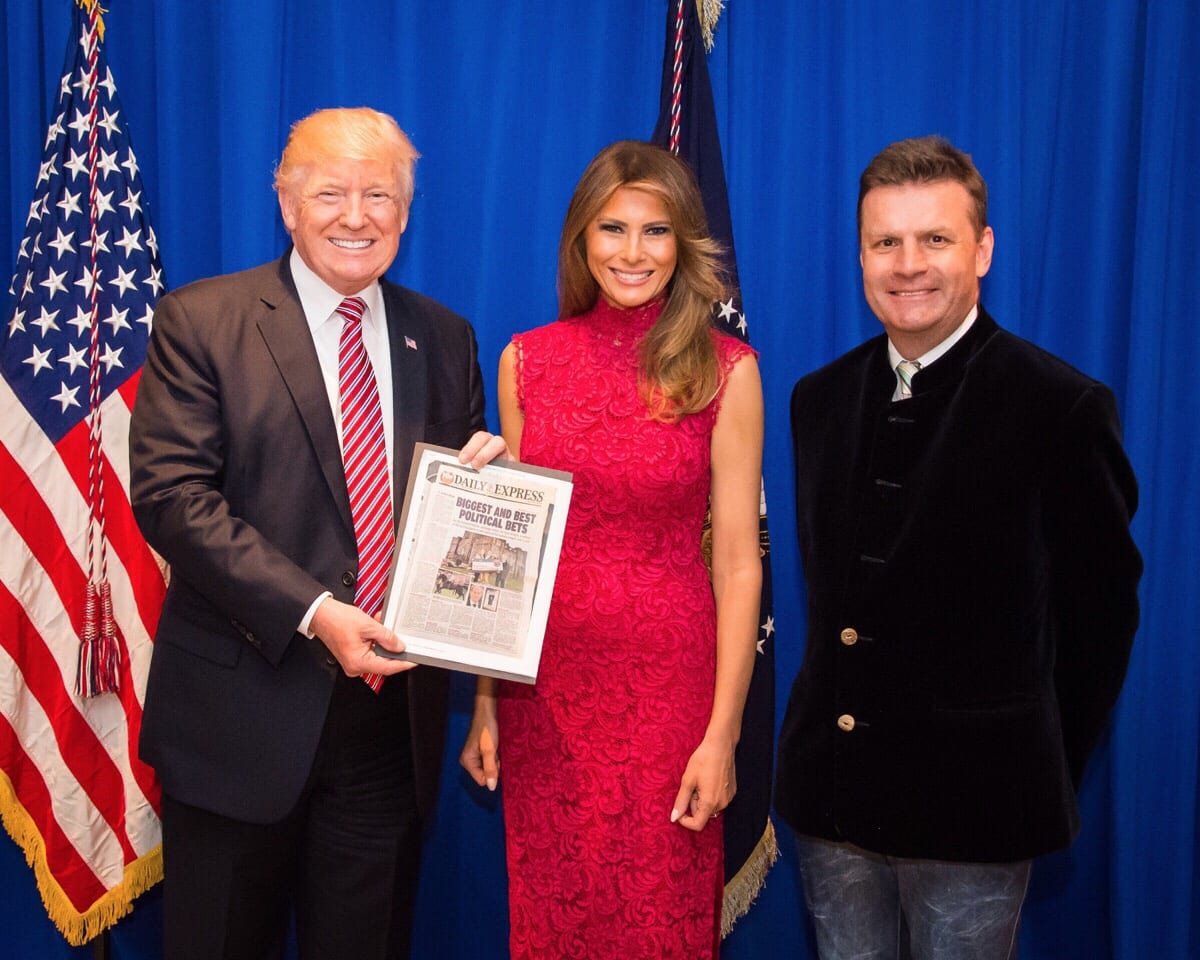 Kazakhstan could play a pivotal role in a proposed meeting between US President Donald Trump and North Korean leader Kim Jong in May, it emerged last night.

The unprecedented summit follows months of volatile exchanges between the two in speeches and on the social networks. Now that the White House has confirmed Trump is ready to meet Kim the big question is “where in the world?” since it is inconceivable either will be comfortable in travelling to Pyongyang or Washington.

Now it has emerged British philanthropist and entrepreneur John Mappin may well have the solution with his suggestion of the Central Asian country and former Soviet republic, Kazakhstan.

Mappin is well known and trusted by the Trump Administration after he backed him to win the US Presidency while he was still regarded by most of the world as a long shot for the White House. One of the first Brits to meet the President, Mappin of Camelot Castle in Cornwall has suggested that Astana, the capital would be the perfect setting for the historic meeting.

Mappin’s connections with Kazakhstan are well known … his wife Irana was born there and has very good links with the ruling classes. “Initial conversations with friends of ours in diplomatic circles in Astana and Kazaksthan and in the USA indicate that the idea of the Meeting between President Trump and President Kim being held in Astana and hosted by President Nazarbayev of Kazakhstan would be warmly welcomed by both sides.

“Few people in the west know that President Nazarbayev is somewhat of a pioneer on the subject of denuclearisation.  Early in his presidency in 1991 Nazarbayev removed all nuclear weapons from his nation shortly after its founding and has been a strong advocate of nuclear disarmament ever since,” revealed Mappin.

Pointing out how Astana could offer the “most wonderful diplomatic facilities” he added: “Nazarbayev’s presidential palace is completely appropriate for such a meeting and the capital hosts a state of the art media centre that would rival most Hollywood studios. Our family helped in the media centre’s construction.”

As diplomats in both Washington and Pyongyang hunt for a suitable location, politically neutral to both parties, Mappin believes his suggestion will go down well as the perfect location for the historic encounter.“Astana sits at the epicentre of Eurasia and the CIS.

Kazakstan has excellent relations with all countries within the CIS and the rest of the world. It is know to be peace loving and productive with extraordinary natural resources. Irina and I have been fortunate to have both an excellent relationship with the leadership of Kazaksthan and we have also been keen supporters of the 45th President since he announced his run for the US Presidency.

“As media owners in the UK, Internationally and in Kazaksthan, where we also own newspapers,  we see this an an entirely logical solution to the problem of where to hold this historic meeting and we are delighted that the initial response has been so warm,” he said.

President Nazarbayev met with Trump in January. Insiders say he would be “delighted” to play host and possible peace broker between the US and North Korea. If both parties agree it will be the first time a US president has visited Astana.