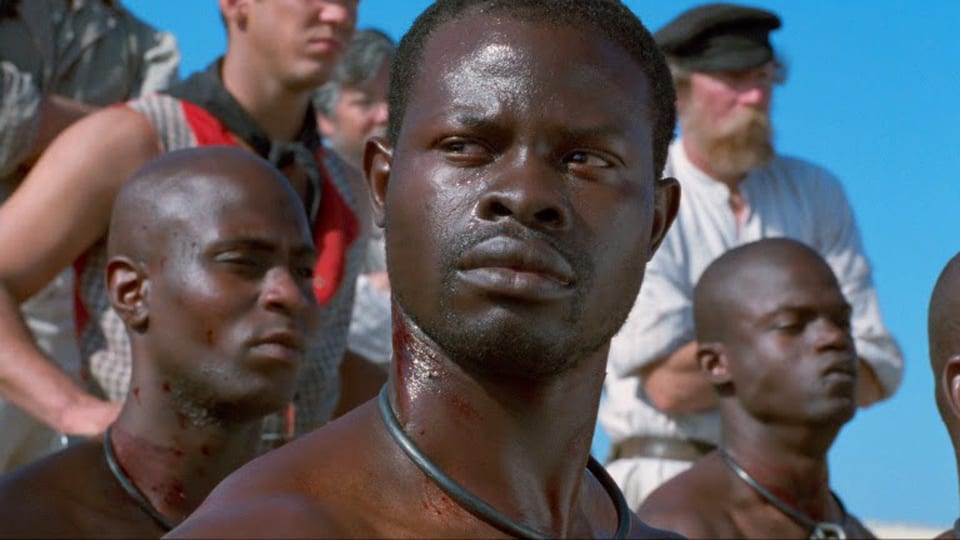 Our taxes paid off the debt borrowed by the UK Government to ‘compensate’ filthy rich slave owners.

I am a big fan of regional newspapers because they often cover stories that our nationalistic, flag-waving London-based media will not touch with a bargepole.

A classic example goes, this week, to the Bristol Evening Post and one of its senior journalists Tristan Cork who spotted a tweet from Her Majesty’s Treasury happily informing us all that the good old British taxpayer helped end the slave trade, and here’s how … we paid off the debt borrowed by the UK Government to ‘compensate’ filthy rich slave owners.

And for some bizarre reason, a halfwit in the Treasury thought this #FridayFact was worth bragging about in a tweet! Naturally it unleashed a justified furore and the tweet suddenly disappeared into that blackhole in Twitterland after someone quickly pressed the delete button!

Happily for us, Tristan Cork was already on the job and investigating. It seems we – those of us who pay taxes in the UK – were still in 2015 paying off the debt borrowed by the British Government back in 1833. Ironically, this means that descendants of slaves – who never got any compensation – have also been among those forced to pay towards the compensation to slave-owners.

So huge was the £20 million pay the Government agreed in 1833 to reimburse the rich owners of slaves, that it took the nation ie. the taxpayer a staggering 182 years to pay off the massive debt.

The Bristol Evening Post story read: “The information was revealed by the Treasury under a Freedom of Information request – but when officials decided to tweet out the revelation, the way they did it sparked such a furious backlash they quickly deleted the tweet.

“The Treasury confirmed when the UK Government abolished slavery and banned people from owning slaves in Britain or on Britain’s colonies anywhere in the world, those slave owners received compensation”.

Of course while the big plantations which kept the largest number of slaves were owned by some of the wealthiest families in Britain they raked in today’s equivalent of millions of pounds while the slaves received nothing. in fact the former slaves had to continue working for their masters for a number of years before they could even consider being given their freedom.

The huge windfall turned slave owners into the equivalent of multi-millionaires overnight and their generations have benefitted down the years while, even today, the descendants of slaves are still struggling to make ends meet. This puts a new light, I believe, on their calls for claims for reparation and compensation.

If the British Government back in 1833 shelled out £20 million, which was 40 per cent of the total UK budget for that year, and is the equivalent of £308 billion today, then it can be equally magnanimous to those whose forefathers were so badly wronged.

The original debt was so vast that a lengthy payback period was set up which was finally paid off on February 1, 2015, three years ago this month. So if you’ve paid taxes before that date you’ve helped fur line the pockets of British slave owners in 1833.

Historian David Olusoga, who has written extensively about Bristol’s role in the slave trade pointed out that the Slavery Abolition Act did not end the slave trade: The triangular slave trade which connected Bristol with West Africa and the plantations of the Caribbean and the United States was abolished decades earlier in 1807.

Olusoga, who has written several books about the global slave trade and Britain’s role in it, as well as presented BBC TV programmes on the subject, described the Treasury’s tweet as inappropriate. “Also, just to compound the general level of ignorance, when HM Treasury reduce the complex story of the abolition of slavery to one of their fun ‘Friday Facts’ they use an irrelevant image of the slave trade – which was abolished three decades earlier.

“We spent a year making a BBC series about the compensation paid to the slave-owners, through regressive taxation that impacted on the poor the most. Part of the price paid by the enslaved themselves. HM Treasury thinks it’s fun ‘Friday Fact’!” he told The Bristol Evening Post.

A Treasury spokesperson admitted deleting the tweet quickly, and told the newspaper: “In response to a freedom of information request, we recently published information on government expenditure related to the abolishment of slavery in 1833. An accompanying tweet was also posted, but later deleted in acknowledgement of concerns raised about the sensitivity of the subject,” she added.

So now we know. Those wealthy Establishment figures, fat cats and parasites who made a living on the back of the vile slave trade were also paid vast sums in compensation when it ended and generations of British taxpayers have been forced to bail out the government out ever since to pay off the massive debt from 1833.

If ever there was a reason to withhold taxes this was it. Sadly that moment has now passed but we should pressure the British Government to make right the wrongs of the slave trade and work out reparations to those families whose African ancestors were kidnapped, sold and exploited so the wealthy, privileged, elite in Britain could fur line their already deep pockets.