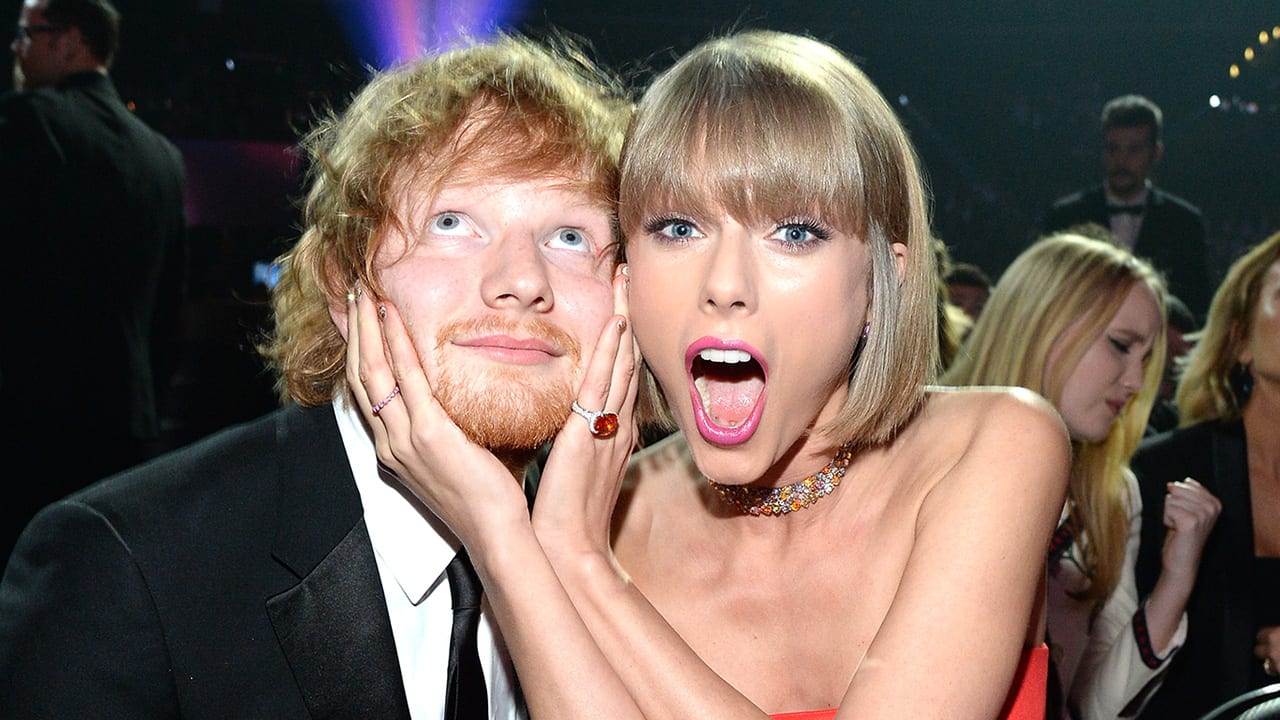 Ed Sheeran thanks Taylor Swift for meeting his fiancée – The Matchmaker

In December 2015, Sheeran announced that he was taking a break from social media or any form of communication after a whirlwind year and a half following the release of “X.” – Will he be taking another break soon!

Ed Sheeran thanks Taylor Swift as he met with his fiancée at Taylor Swift’s house, on the fourth of July.

The ‘Thinking Out Loud’  announced his engagement to Cherry Seaborn earlier this year and revealed his close pal played a part in his relationship as the couple got together during a Fourth of July party at her house.

Speaking to Ed behind-the-scenes of her ‘End Game’ music video, Taylor said: ‘’I wanna talk about the Fourth of July line, because that makes me really happy.’’

To which Ed joked back: ‘’My relationship started on the Fourth of July.’’

The chart topping star quickly interrupted, asking him, ‘’Whose house?,’’ and he confessed that it was at Taylor’s house where the pair decided to give their romance a go.

And Ed revealed: ‘’So the story was, I was at Taylor’s party and the girl I went to school with ended up being in Rhode Island.’’

Ed announced his engagement last month with a sweet message on Instagram. He captioned a photo of him and Cherry: ‘’Got myself a fiancé just before new year. We are very happy and in love, and our cats are chuffed as well xx (sic)’’

Got myself a fiancé just before new year. We are very happy and in love, and our cats are chuffed as well xx

Meanwhile, Ed previously revealed he was ready to settle down and start a family with Cherry.

He said: ‘’This is my idea of happiness; living in the countryside, having a multitude of children always around me and my wife by my side. Writing songs every day and then going to pick up my kids at school … I’m ready [to be a dad], but then it’s not me who have to carry a baby in the belly for nine months, so it’s not just up to me.’’

Ed Sheeran thanks Taylor Swift for meeting his fiancée – The Matchmaker