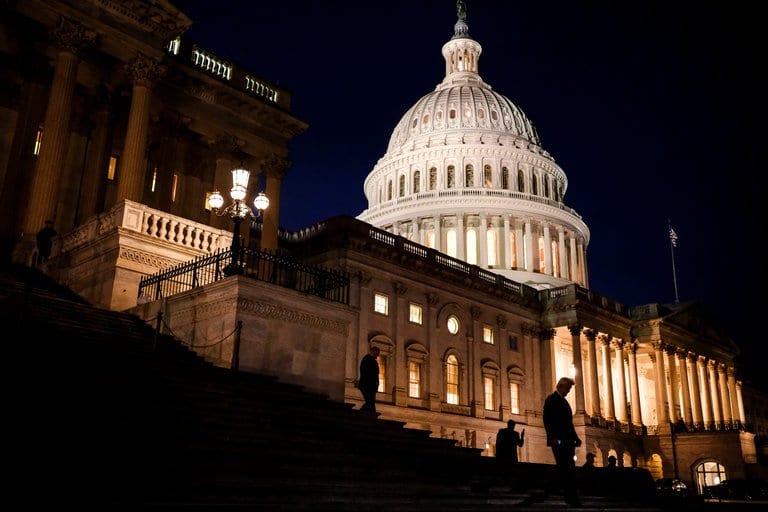 Breaking News: Chaos in US as the government has shutdown again

The US government has shut down after Congress failed to pass a key budgetary measure on time.

Lawmakers had hoped to approve a new spending bill before federal funding expired at midnight (05:00 GMT).

But Republican Senator Rand Paul ended hopes for a quick vote when he demanded a debate in the chamber on his amendment to maintain spending caps.

In January, a similar failure to pass a bill led to a three-day government shutdown.

The federal Office of Personnel Management said government operations would “vary by agency.”

Though the massive budget deal and government funding package was expected to pass by Friday morning, congressional negotiators were scrambling all day Thursday to lock in enough votes in the House. And that was before Paul, a Republican, made public his dissatisfaction with the deal, that would raise government spending and avert a government shutdown and lift the debt ceiling.

The impacts of this shutdown, which came just weeks after Democrats and a handful of Republicans including Paul refused to support the last continuing resolution but only lasted a weekend, were expected to be minimal.

But it’s not clear if there are enough votes in the House to do so, as liberals are unhappy about the bill not addressing immigration and conservatives oppose the increased spending.

Both the Senate and the House of Representatives need to approve the new two-year spending deal.

It is not yet clear how Congress will proceed and how public services may be affected on Friday. But representatives of the house have suggested staff will come in for a few hours to help an orderly shutdown.

The latest deal would raise spending caps by about $300bn (£215bn) – something which Senator Paul insisted he could not support.

Breaking News: Chaos in US as the government has shutdown again