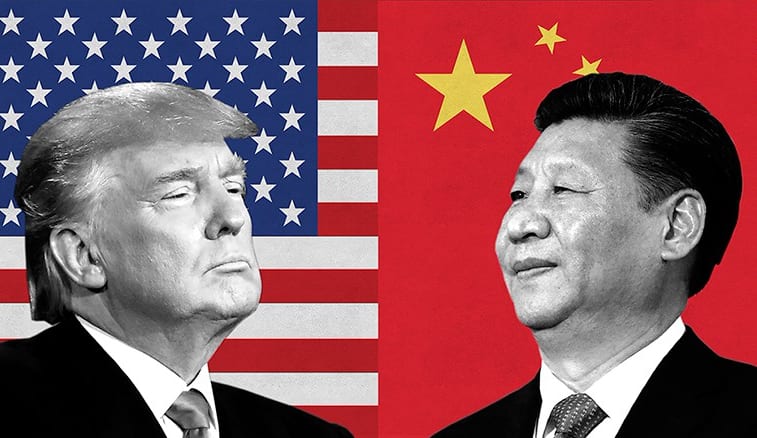 #Trump wants smaller nukes so he can raise the threats to #Russia, #China, #Iran & North #Korea

China rarely expresses an opinion on the foreign policies of others although it did step out of the shadows over the weekend to slap down the US and urge it to drop its “Cold War mentality” after the Pentagon released plans to diversify its nuclear armoury with smaller bombs.

I suppose we should all be a tad concerned with this latest bit of macho foolishness from the US which has become very concerned over the size of its nukes! Apparently the US military believes its arsenal of nuclear bombs are seen as too big to drop on enemy territory and so wants to develop low-yield bombs presumably so it can follow through with firing them … a bit like an alcoholic diluting a large glass of whisky with some water.

“The country that owns the world’s largest nuclear arsenal, should take the initiative to follow the trend instead of going against it,” China’s defence ministry said on Sunday. More predictably, Russia and Iran rushed to join in the condemnation and I’m sure any minute now supreme leader of North Korea Kim Jong Un will rock up and add his views although he’s a tad busy organising a mega military parade this week to show off the size of his own missiles. The bigger the better, in the world of Pyongyang circles.

It seems all this has come about because no one is taking US President Donald Trump’s threats seriously when he says he’s going to obliterate North Korea or zap Iran or teach the Russians a lessons – you know, all the usual threats that pour out in Twitterland around 3am from The White House these days. However, because the US weapons are so big they’re no longer regarded as an effective deterrent.

At the heart of all of this is the Pentagon’s Nuclear Posture Review (NPR) which reckons small nukes of under 20 kilotons can still be quite devastating. The policy also proposes to modernise its missiles systems, modify some of its submarine-fired nukes and reintroduce sea-based nuclear cruise missiles. To be fair to Trump much of this was signed off by Barack Obama’s administration.

However the use of language has upset the sensibilities of the Chinese as the dossier says it is countering the “growing threat from revisionist powers”, such as China and Russia. The ministry of defence in Beijing has accused the US of ramping up its nuclear threat adding in a statement: “We hope that the United States will abandon its Cold War mentality, earnestly assume its special disarmament responsibilities, correctly understand China’s strategic intentions and objectively view China’s national defence and military build-up.”

Meanwhile Russia’s foreign ministry accused the Trump administration of warmongering, and said it would take “necessary measures” to ensure Russian security and went on to say the US was being confrontational and anti-Russian in character. In Tehran the mood was similar with Iranian Foreign Minister Mohammad Javad Zarif describing the proposals as being in violation of the international nuclear non-proliferation treaty.

I couldn’t really care about the size of Trump’s missiles and nor am I interested in seeing what Jong Un has on offer in his military parade. All I know is if these reckless, juvenile characters didn’t have missiles to wave around, the world would be a much safer place.