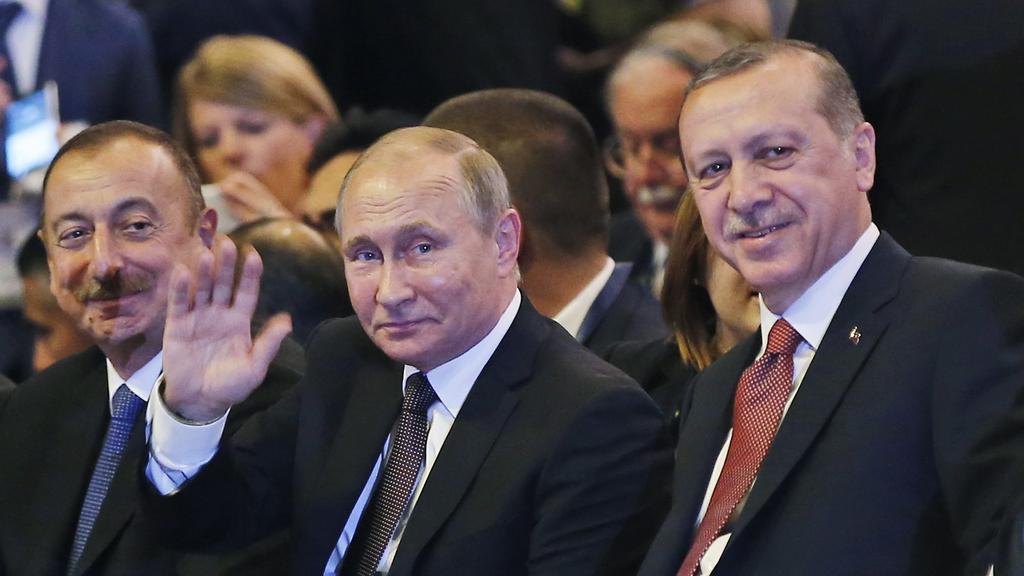 U.S. President Donald Trump’s decision to recognise Jerusalem as the capital of Israel is likely to have the unforeseen consequence of strengthening the hand of Russian President Vladimir Putin and Moscow’s role in the Middle East

When Trump announced that he recognised Jerusalem as Israel’s capital and that he would move the U.S. embassy there from Tel Aviv, much of the Western world and Middle East reacted with shock, fearing that the move will damage any prospect of peace in the region.

The final status of Jerusalem has always been one of the most difficult and sensitive questions in the Israeli-Palestinian conflict. For years, US policy has been to avoid declaring Jerusalem the capital of Israel in the absence of an Israeli-Palestinian peace deal, as the Palestinians also claim Jerusalem as their capital. It was argued that a unilateral decision would break with international consensus and prejudge an issue that was supposed to be left to negotiations.

Putin also expressed dismay, following a meeting with his Turkish counterpart, Recep Tayyip Erdogan, he said that Trump’s decision “does not do anything to help settle the situation in the Middle East and is instead destabilising an already complicated situation.”

Read More:  United at last: A 57-Strong OIC Recognised East Jerusalem as the Capital of a Palestine

However, Russia could benefit from the move and see its influence in the Middle East, as now Moscow could position itself in the role of “honest broker” in the stalled peace process between Israel and Palestine given its close ties to both Israel and the Arab world.

Putin is a an old school politician, methodically, placing Russia on the right side of any conflict or world event, to provide Russian support and moving closer to enough to be more than just a strategic ally. The modern Russians are not the Soviets of Afghanistan infamy. Many of the diplomats speak fluent Arabic and pretty good English.

At the time Trump’s decision sparked violent protests across the Arab world, mass confrontations between Israeli police and Palestinians deeply aggrieved by the move, and condemnation and disapproval from many international leaders.

Recently, the aftermath of this move is coming to fray, as negotiations have stalled, in fact they have hit a stone wall and the President of the United States holds back aid to Palestinians until they recognise Jerusalem as Israels capital.

Putin said that the move could, “in fact, ruin the prospects for the Palestine-Israel peace process,” adding that Russia hoped that the “specific terms of the agreement on Jerusalem’s status are the subject of direct talks between Palestine and Israel.”

But as the U.S. makes itself look partisan with regards to complex and fraught Israeli and Palestinian relations, Russia has a good relationship with the Arab world, most notably being an ally of arch rivals Saudi Arabia and Iran, and has already taken a key role in brokering a peace process in Syria.

Russia has cordial relations with Israel with the countries enjoying solid political and cultural ties. As a key player in Syria’s reestablishment after a prolonged civil war, Russia has also accommodated Israel’s requests for a new buffer zone along its border with Syria that Iranian soldiers would not be allowed to enter — thus helping Syrian President Bashar al-Assad, an ally of Moscow.

With complex relations at play and at stake, one Russia analyst believed that the country would rather not get involved in messy Israeli-Palestine politics, despite the opportunity the U.S.’ controversial action had presented.

The United Nations partition plan drawn up in 1947 envisaged Jerusalem as a separate “international city.” But the war that followed Israel’s declaration of independence one year later left the city divided. When fighting ended in 1949, the armistice border — often called the Green Line because it was drawn in green ink — saw Israel in control of the western half, and Jordan in control of the eastern half, which included the famous Old City.

During the 1967 Six-Day War, Israel occupied East Jerusalem. Since then, all of the city has been under Israel’s authority. The city marks “Jerusalem Day” in late May or early June. But Palestinians, and many in the international community, continue to see East Jerusalem as the capital of a future Palestinian state.

Roughly 850,000 people live in Jerusalem — 37% are Arab and 61% are Jewish, according to the independent think tank Jerusalem Institute. The Jewish population includes around 200,000 ultra-Orthodox Jews, with the rest split generally between religious Zionist and secular Jews. Of the city’s Arab population, 96% is Muslim; the other 4% is Christian.

The vast majority of the Palestinian population lives in East Jerusalem. Although there are some mixed neighbourhoods in Jerusalem where both Israelis and Arabs live, but in most cases the neighbourhoods are split.

Every President since 1995 — Presidents Clinton, Bush and Obama — has declined to move the embassy, citing national security interests. Every six months, the President has used the presidential waiver to circumvent the embassy move. Which follwing Trump’s announcement is due to be opened in 2019.

Trump’s decision to recognise Jerusalem as the capital of Israel is likely to have strengthened Russian President Vladimir Putin.

Moscow could use this opportunity to build stronger relations and more support by reigniting the stalled peace process between Israel and Palestine, given its close ties to both Israel and the Arab world.