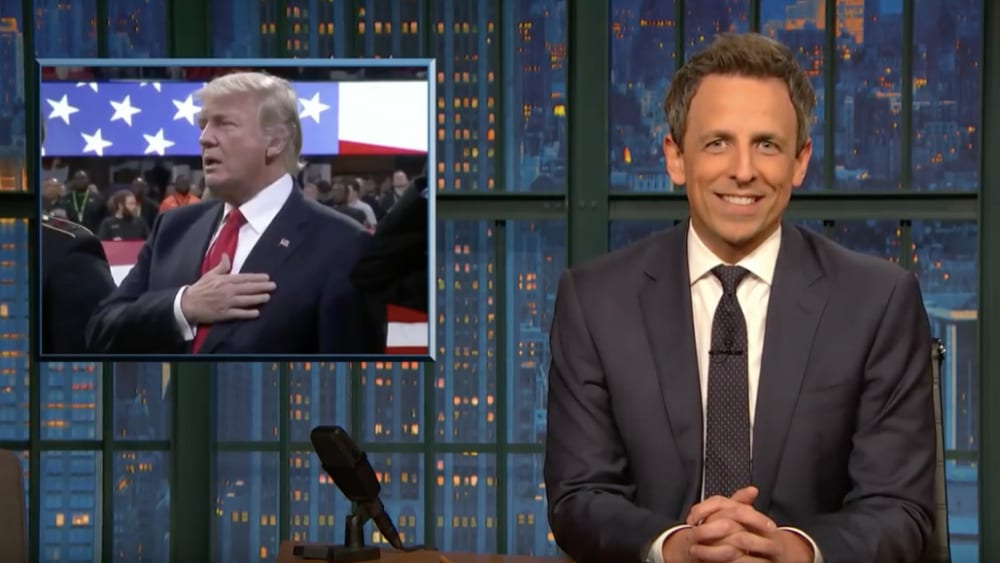 President Trump – The self proclaimed genius – messes up the National Anthem, again!

Just when you thought it couldn’t get any worse! Media frenzy as the video of President Donald Trump apparently struggling to get the words right while singing along with the national anthem.

In the original video, Trump can be seen with his hand over his heart and occasionally moving his lips, sometimes out of time with the music.

Seth Meyers, who hosted the Golden Globes, kicked off his “Closer Look” segment addressing the event.

“You would think that a man who ran on a platform of pure patriotism and who spent months lecturing athletes about respecting the national anthem, would, at the very least, know the words to the anthem,” Meyers began. “And yet, Trump seemed lost as he tried to sing along to the anthem before last night’s national college football championship.”

And following in simialr fashion, another US late night show host Stephen Colbert’s “Late Show” joked that they had obtained an isolated vocal recording of Trump’s vocals, in which a Trump-like voice “sang” about recent news items, like “Red Square, my best buddy lives there” and “How much does that Sloppy Steve Bannon weigh?” The fake vocals ended with, “And I have, like, big brains.”

Move back boys, we have a genius at work!