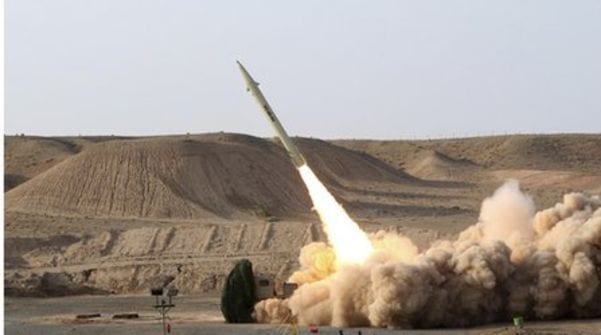 Syria’s military on Tuesday accused Israel of launching multiple missiles targeting military outposts near the capital, Damascus, claiming that the Syrian air force shot down one of the Israeli projectiles.

In a statement, the army said the Syrian air defence confronted the early morning missile attacks that were launched from Lebanese airspace.

The statement said the Israeli warplanes fired at the targets in Syria from inside Lebanon’s airspace, while the missiles were launched from the occupied Golan Heights.

The military said the Syrian air defence shot down one missile and the rest fell on one of the Syrian military sites, causing material damage.

Israel did not comment on the report, though it has a long record of attacking targets inside Syria which, it claims, is necessary to prevent the transfer of advanced weapons to the Lebanese militant group Hezbollah.

Hezbollah is the group, which Israel considers as a proxy of its long term nemesis Iran. And using this narrative, Israel has a policy to defend it self against any and all threats and actively targets Hezbollah, irrespective of territory.

The Syrian statement said Israel’s attack was aimed at supporting terrorist forces, to bolster them after advances of the Syrian army.