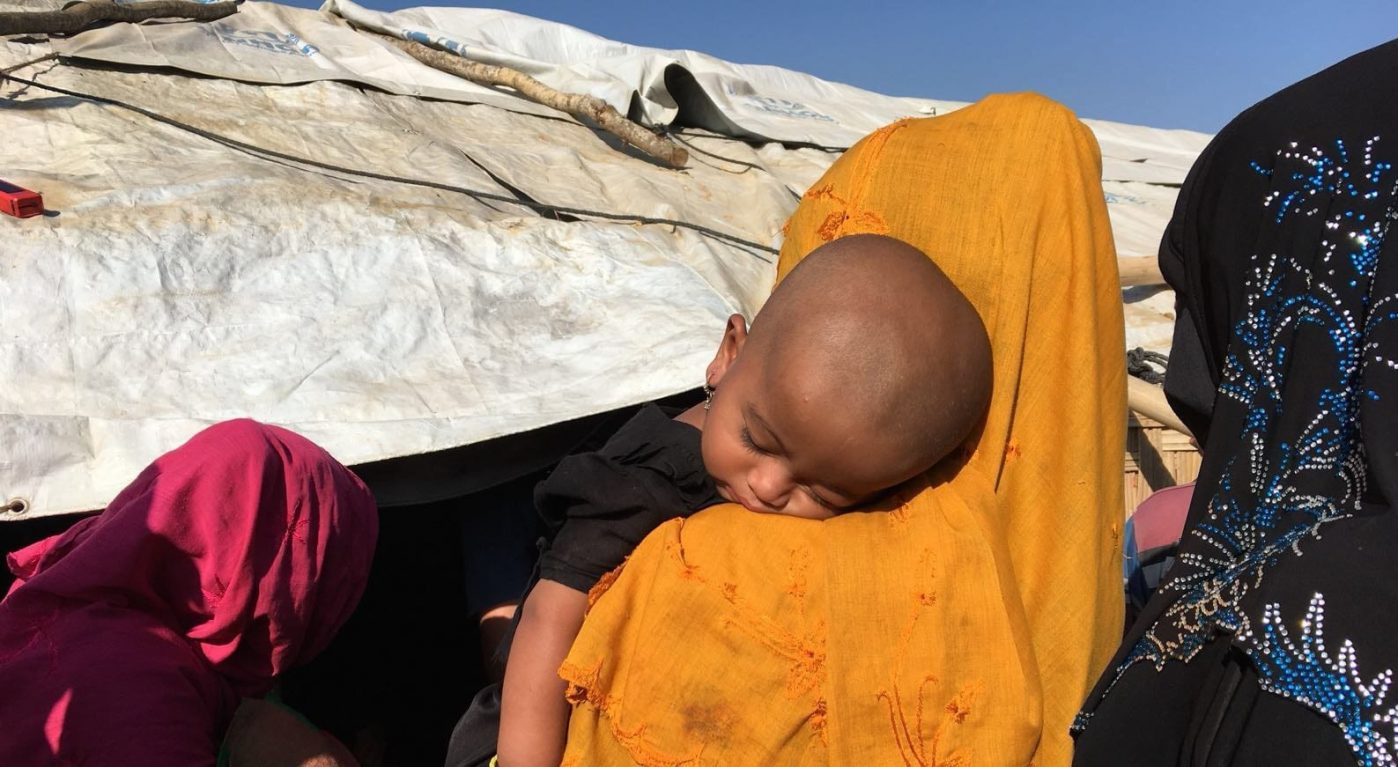 Christmas in Bangladesh with the Rohingya – What an amazing eye opener!

Let’s talk Turkey. No, not the dinner although if you’ve had yours this Christmas Day I hope you enjoyed it sitting around a festive table with your loved ones. The Turkey I want to talk about is the country which straddles East and West geographically and has a really led the way in trying to help the Rohingya people.

Within the first week of Myanmar’s brutal, genocidal onslaught Turkey’s First Lady Emine Erdoğan braved the squalor exacerbated by the monsoon season to visit the refugee camps on the Myanmar Bangladesh border.

Her husband Recep Tayyip Erdoğan has, no doubt after his wife’s briefing, led on championing the cause of the 670,000 Rohingya refugees and wants to build 125,000 brick homes on a sizeable chunk of land on the border, possibly encompassing a large swathe of Myanmar acreage, according to my well informed sources.

Read more about the plight of the Rohingya here:

ROHINGYA: The most wronged people on the planet

There is a resistance to this from the Bangladesh Government led by Prime Minister Sheikh Hasina because there are two schools of thought which has placed politicians in a no-win situation. Some voters (yes, elections aren’t too far away) think the #Rohingya problem is not theirs and the state should push the people back over the border while the more compassionate are happy to see their government help the refugees.

To add to the government woes, earlier this week the Prime Minister of #Turkey Binali Yildirim paid a visit to the region to exert more pressure and action on PM Hasina and her parliament which seems reluctant to act on Turkey’s generous offer to help build solid homes for the refugees.

He visited two refugee camps in Cox’s Bazar and said: “The Myanmar military has been trying to uproot Rohingya Muslim community from their homeland and for that they persecuted them, set fire to their homes, villages, raped and abused women and killed them. It’s one kind of a genocide,” he said, without mincing his words.

“The international community should also work together to ensure their safe and dignified return to their homeland,” added Yildirim, who was accompanied by Bangladesh’s Foreign Minister Abul Hassan Mahmood Ali. it will be interesting to see if Turkey manages to push ahead with its projects but charities on the ground, like the Turkish IHH is acutely aware the typhoon season will approach by May.

The thin bamboo and plastic huts which now house the refugees will not be able to withstand a massive onslaught by the elements so time is of the essence, says the team Humanitarian Relief Foundation (IHH) which has one of the largest relief operations on the ground along with a host of other Turkish charities.

If anyone is in any doubt of Turkey’s commitment to the Rohingya people, a quick look at the proliferation of Turkish flags and symbols leaves no one in any doubt of the scale and size of its operations on the ground in several of the sprawling camps.

Like Yildirim bluntly said, mass murder, rape and looting are just some of the war crimes carried out. While the housing project might be struggling the good news is that the first brick has now been laid in the foundations which will see the perpetrators face justice.

That is largely due to the efforts of the South African campaign group Protect the Rohingya, set up by Johannesburg lawyer Shabnam Mayet. She and her all-women team of Shaida Mahomed and Tasneem Fredricks head back home today. I’ve had the honour of working alongside these magnificent women taking testimony from scores of refugees.

The exercise in camps without internet or basic communications was gruelling but not as gruelling as having to listen to those testimonies from these amazing, gentle, oppressed men, women and children. As Mayet and her team flew from Chittagong airport this Christmas Day they had in their possession numerous bundles of testimony and affidavits which have been formally legalised to be used in a court of law.

While the international community dithers and the UN Security Council dances around using the “genocide” word, Mayet and Co are hoping to empower individual lawyers to take out their own prosecutions under international jurisdiction. This means most courts of law around the world where there is universal condemnation for the ethnic cleansing the Myanmar regime has carried out, could in theory bring the war criminals to justice.

The last few days have been gruelling but I can tell you it has been a privilege and honour to serve the Rohingya. Each of us has a duty, as a human being, to help our fellow man and woman in any way we can. This week has seen the launch of the legal action, while NGOs and charities around the world have pulled together on aid action.

And yesterday let me give a special mention to another group of South Africans who rocked up to Cox’s Bazar on Christmas Eve, December 24 to put their medical skills to use. While out in Cox’s Bazar I bumped in to Dr Zakira Hayat from Lichtenburg who arrived with a team of all-women doctors to work with Physicians Across Continents and as you will see from her video she is having to face some very real, emotional challenges.

Christmas is a Time for Giving

We talked about the psychological problems the Rohingya refugees are trying to grapple with but how can you put a sticking plaster on someone’s traumatised mind? She and her colleagues will spend the next few days working with an international team of physicians and surgeons from Palestine, Jordan, Saudi and, of course South Africa. If you want to find out more check out Zakira’s Facebook – https://www.facebook.com/zakira.hayat.5?hc_ref=ARTlW48cV33kQcrrS0G-CeMwL1c9-hpN74u9D7cy0bWOoH8W7fE8xixNRHcZyvFHhj8&pnref=story

So if you have a particular skill and some spare time put it to use here in Cox’s Bazar but check with a local charity or NGO before coming out. If you don’t have time but you have money choose your favourite charity already on the ground here and donate. This crisis is not going to go away any time soon.

And now for some bad news. Despite the international outrage and charges of ethnic cleansing, the Myanmar regime did pledge that hundreds of thousands of refugees could start their journey home within weeks. The reality is this is a tissue of lies – even if the Rohingya did return under the conditions set out by the regime the whole process could take around 20 years.

These are weasel words and there’s no real sign of good will. On top of that not a single refugee I’ve met and interviewed wants to return unless their safety, human rights and status are all guaranteed giving them freedom of movement and equality on a par with all Myanmar citizens.

Furthermore, they told me they want the Rohingya name recognised, but that’s hardly likely to happen – even The Pope was too afraid to even mention these people by name for fear of offending the regime! So it looks as though their homes will remain in the sprawling refugee camps in neighbouring Bangladesh for some time to come.

One after another told me – and anyone else who would listen – that they simply don’t trust the nationalist-led government and feel widely hated and despised by the rest of the population.

So while you’re reflecting on your good fortune after that turkey dinner, may be you’d like to spread some seasonal cheer and goodwill by telling us here at WTX News what you propose to do to help Rohingya people whether it’s a fundraising function or an idea, a petition or a party. But whatever you do, doing nothing is no longer an option – I’ve seen these people and they need your help and they need it now.