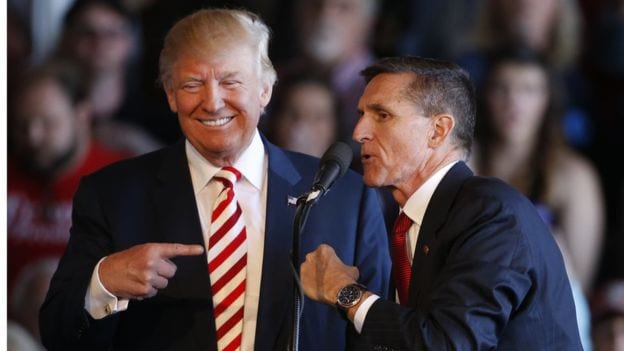 According to the Statement of the Offense filed by the special counsel’s office, Mr Flynn is testifying that he had contact with Trump transition team officials before and after his fateful December 2016 conversation with Ambassador Kislyak.

Jared Kushner is the “very senior member” of President Donald Trump’s transition team who directed incoming national security adviser Michael Flynn to contact the Russian ambassador to the United States, as well as ambassador’s from other countries about a UN Security Council vote on Israeli settlements.

Although the Trump administration is trying to prevent a link back to the President, sources within the administration feel his days maybe numbered. As the relationship between Kushner and Trump is so significant that it will be almost improbable not to make the link to Trump.

The filings from Flynn’s plea hearing Friday say a “very senior member” of Trump’s transition team asked Flynn to contact officials from UN Security Council countries, including Russia, to learn where each country stood on the vote on a resolution condemning Israeli settlement activity and “to influence those governments to delay the vote or defeat the resolution.”

But he has also admit that he lied to the FBI about the contact. Flynn faces a maximum sentence of five years in prison, according to federal sentencing guidelines.

An attorney for Kushner did not respond to a request for comment. And the administration has tried to distance themselves form Flynn following his resignation earlier this year.

Some commentators suggest that the Presidents impeachment is imminent as eventually the link between the Russians and Trump will be verified. With Trumps style of management and habits as leader it is improbable to assume he is not fully aware of issues of such significance and it’s only a matter of time before the link is officially established.

Micheal Flynn, is a confident of President Trump and is prepared to ‘take a bullet for the President and despite the controversy Trump came out to push Flint to seek immunity from prosecution.

The revelations also undermine Trump’s often repeated contention that the Russia investigation is little more than a witch hunt being perpetrated by his political enemies.