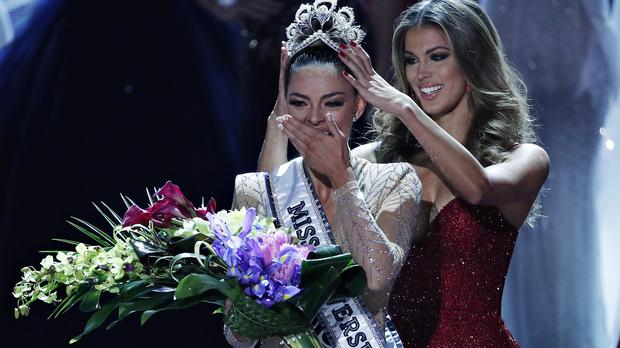 The Miss Universe pageant took place on Sunday in Las Vegas, with Miss Colombia and Miss Jamaica making it to the final three.

Miss Colombia, Laura González, 22, was the first runner-up. She has been preparing to be an actress since the age of 16. After graduating from a performing arts school, she moved to Bogotá to build her career. The second runner-up was Miss Jamaica, Davina Bennett, 21. She is a model pursuing a degree in marketing at the University of the West Indies.

It reinforced her passion for self-defense, when she was hijacked and held at gunpoint about a month after winning her title as Miss South Africa, she said in a video on the Miss Universe website.

Relive our new #MissUniverse's answer to the Final Word. pic.twitter.com/czO8vgSiuU