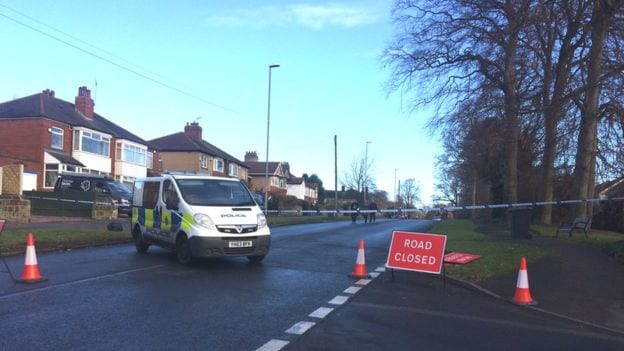 Heavy police presence and residents can be seen leaving their homes, Following the accident that killed 5 in West Yorkshire.

Five people, including three children, have died after a stolen car crashed into a tree in Leeds, West Yorkshire.

Officers arrived onto the scene at Stonegate Road in the Meanwood area of the city at 21:54 GMT on Saturday. To find ‘absolute carnage’ as a stolen Renault Clio had crashed into a tree.

So far the police are assuming that the car had seven passengers, out of which 2 died on the scene, 3 died later in hospital and two are being held in custody.

Two 15-year-old boys are being held in custody on suspicion of causing death by dangerous driving.

Two of the victims have been named on social media as Ellis Thornton, 12, and his older brother Elliott. The family of the deceased have been contacted and shocked by the horrific news.

There is also a heavy police presence and residents can be seen leaving their homes, approaching the police and speaking to them.

People have maintained a perimeter around the crime scene and those who live on Stonegate Road between the police cordon are being escorted away by officers if they want to leave their homes.

The residents are not being allowed to use their vehicles which are being kept off the road.