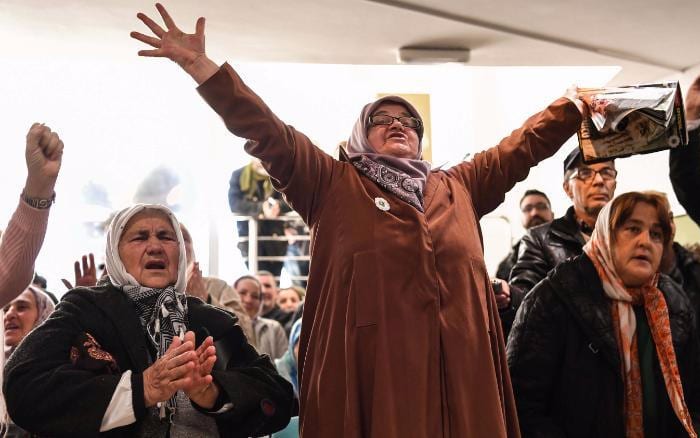 Former Bosnian Serb commander Ratko Mladic has been jailed for life for genocide and other atrocities in the 1990s Bosnian war.

Former Bosnian Serb army leader Ratko Mladic was sentenced to life in prison on Wednesday after being found guilty of genocide for atrocities committed during the Bosnian war from 1992 to 1995.

The trial of Mladic, who was arrested in 2011, has lasted 530 days and included more than 500 witnesses and nearly 10,000 exhibits. Following the arduous trial the verdict of proceedings were interrupted when the 74-year-old’s legal team claimed that his blood pressure was too high to continue.

The outburst came after the judges rejected a request by his team to halt the proceedings because of Mladic’s high blood pressure and as a result the general was not in the court room when the verdict was delivered.

Capturing the General was a difficult task. At the end of the war in 1995 Mladic went into hiding, evading authorities and lived in Serbia, protected by family and elements of the security forces.

He was finally tracked down and arrested at a cousin’s house in rural northern Serbia in 2011 after 16 years on the run. And brought to face charges of war crimes against him,  at The Hague, Netherlands

The trial, which opened in 2012, took place at the International Criminal Tribunal for the former Yugoslavia in the Hague. The ICT, an ad hoc court was established to prosecute crimes committed during the Balkans conflict.

The ex-general labelled “the Butcher of Bosnia” – was in command of the Bosnian Serb army that entered the town of Srebrenica in July 1995. In the days that followed, 8,000 Muslim men and boys were systematically slaughtered by troops under his leadership.

Mladic was accused of orchestrating a campaign of ethnic cleansing, including the slaughter of thousands of Muslim men and boys at Srebrenica in July 1995. It is the worst massacre to have taken place in Europe since the Second World War.

Mladic was accused of orchestrating a campaign of ethnic cleansing. It is the worst massacre to have taken place in Europe since the Second World War.

General Ratko Mladic has been convicted on 10 out of 11 counts of crimes he was accused of committing during the Balkan Wars of the 1990s. He was cleared of a second count of genocide in other municipalities.

Prosecutor Serge Brammertz told reporters that Mladic will be remembered by history “for the many communities and lives he destroyed…..Today’s judgement is a milestone in the tribunal’s history and for international justice,” he added.

Mladic has denied all the charges and his lawyer said he would appeal.

A more detailed report to follow which will include reaction and detailed analysis on what this verdict means and reaction from the people of Srebrenica.