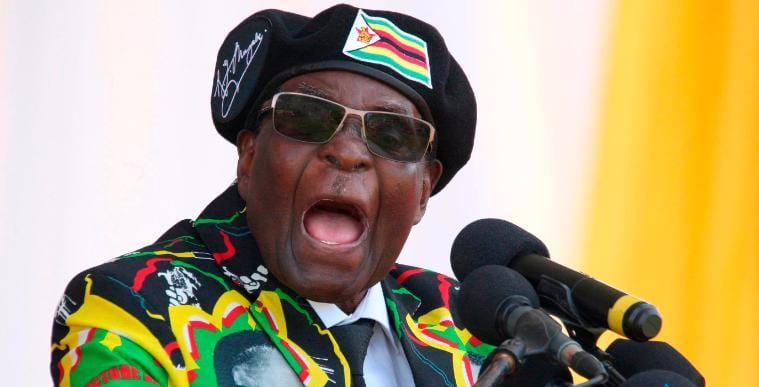 Zimbabwe’s coup takes a turn to dethrone Mugabe and expel his wife from party membership.

Zimbabwe’s ruling party has expelled Robert Mugabe as its chief and set a Monday deadline for the leader to end his presidency after nearly four decades of rule, as pressure intensifies for him to step down as president.

Members of Mugabe’s ZANU-PF party, which he co-founded to usher his country into independence, voted the 93-year-old President out on Sunday and said if he didn’t announce his resignation by midday on Monday, they would move to impeach him in Parliament.

After the TV appearances and statements from the military “it is not a coup”, the military, with the irked Vice President, dethroned Mugabe in and placed him under ‘house arrest’ And systemically, have taken control of the government. Even Mugahbe’s closest allies in the party have abandoned him.

Hmmmm, not sure about you guys, but it sounds like something I’ve seen before, oh yes that’s it – it’s a military coup!

Shortly a few hours ago Reuters reported that Mugabe’s wife, who was manoeuvring to run for president, was also expelled from the party. A key move to clear the way for the vice president to take over the reigns without any competition and also in the next elections.

The Vice President, has the tale of an broken promise that Mughabe made to him, to allow him to take over the presidency once he retires. Very similar to the one Tony Blair made to Gordon Brown, to buy his loyalty. And thus, firing Emmerson Mnangagwa before being able to take charge rattled the entire administration and especially the Vice Presidents allies.

Emmerson, was one of Mugabe’s generals in his administration, he really did serve for over a decade loyally, kept alliances and peace within the ranks whilst Mugabe ruled like a King.

Since Mughabe’s ‘house arrest’ Tens of thousands of Zimbabweans attended street protests on Saturday, demonstrating against the Mugabes.

Social media video of the meeting showed ZANU-PF members singing and dancing in jubilation after the vote at the party headquarters in the capital, Harare.

The decision came shortly after official Obert Mpofu opened the party meeting, where he declared the party’s intention to vote out Mugabe. His statement received a standing ovation and roars of support.

Mugabe’s 37-year rule has been on the brink of collapse since the army seized power in Harare on Wednesday. The military is losing patience with the leader, who is refusing to accept a deal that would allow him to resign without the disgrace of being forced from office.