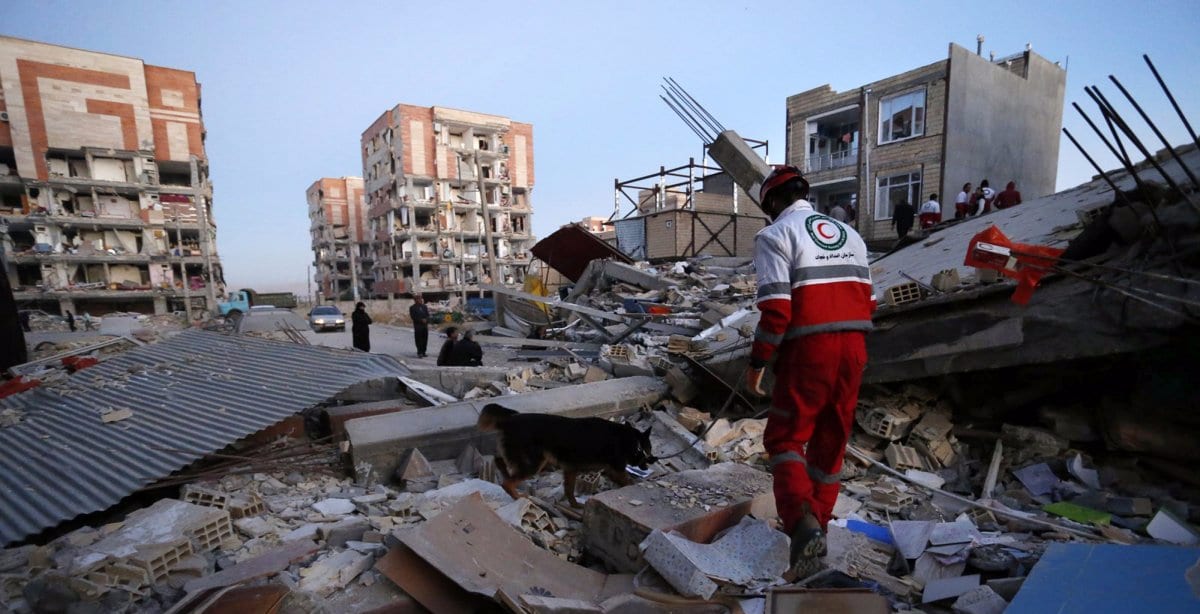 Latest update has the casualty rate up to 450 & over 6500 injured. Out of which 300 are are in critical condition.

At least 402 people have died after the deadliest earthquake of 2017 struck the border region between Iraq and Iran late Sunday. The area has a population of around 1.2 million residents.

Press TV reported the sharp rise in the death toll Monday afternoon adding that 6,650 people were injured in the quake, which was felt as far away as Turkey and Pakistan. A staggering 145 aftershocks were reported, as authorities try to salvage what they can through the rubble.

Authorities in Iran and Iraq have initiated rescue operations; Iran has declared three days of mourning.

Aid agencies are rushing to provide aid to the homeless, while national agencies are trying to organise a checkpoint so family members and friends can register ‘the missing’  and those who are missing can start rescue efforts.

Iran’s Revolutionary Guard was reportedly travelling to the affected areas to help with rescue efforts. Turkish Aid agency has already extended its support as it dispatched humanitarian aid to the region.

#Turkey extends a helping hand to Iraq. Search and rescue teams and humanitarian relief supplies are ready to take off for Iraq. pic.twitter.com/F5bkzIfR6A

Some local television and media outlets are expecting the death toll to rise to 1000 as they claim it is too early and chaotic to determine how many people are missing.

As the breaking news hit the newswires late last night, some live footage of the catastrophic nature of earthquakes can be seen in our previous post. Viewer caution is advised.