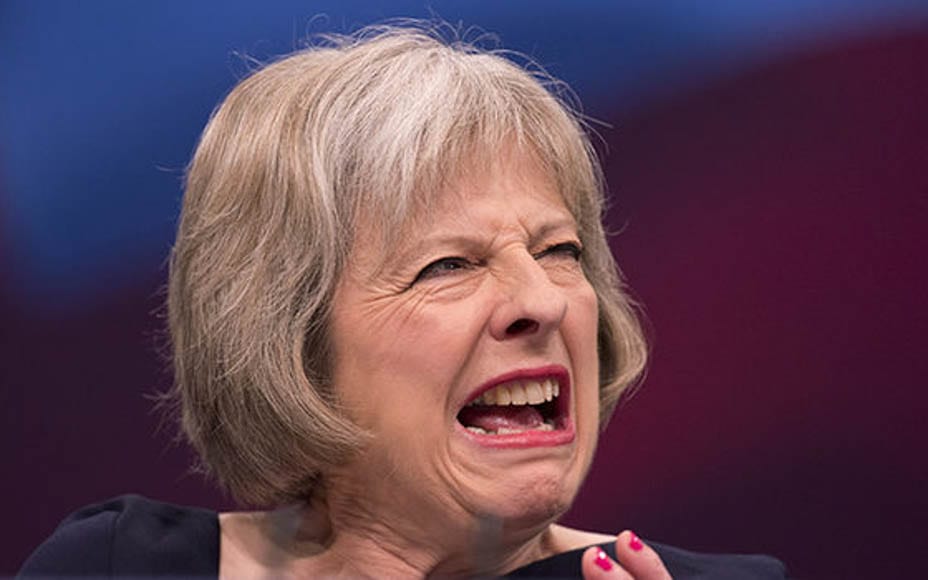 Against this backdrop, Brexit talks and handling Boris Johnson at the same time is turning a tough week into a disastrous month for the PM. The prospect of no deal on Britain’s exit from Europe is looking increasingly likely by the day. Didn’t Boris get the ‘stoptober’ memo!

This week marks the fifth round of negotiations between Britain and the EU in Brussels. Yet, with just under 18 months to go before the UK’s departure date, no meaningful progress has been made. if anything the task has become harder by the constant force that is Boris Johnson.

Talks on a post-Brexit trade deal cannot begin until the UK and EU agree on a financial settlement. Yet the UK has refused to give enough ground on the details.

David Davis, the Brexit secretary, has been threatened with legal action over his refusal to publish 50 secret studies commissioned on the impact of Brexit.

Lawyers say they will issue judicial review proceedings if Brexit secretary fails to release 50 studies of effect on industry.

Lack of progress in Brussels negotiations and Labour threat to derail legislation mean Commons discussion will not take place next week. This uncertainty matters now, even while talks are still ongoing, because the lack of clarity means that businesses do not know what the future holds in the UK.

The leader of the House of Commons, Andrea Leadsom, told MPs the key piece of Brexit legislation would not be debated next week, as they had planned, as the government is back logged with a huge amount amendments.

Labour said it had identified more than a dozen of the 300 amendments that already have the backing of seven or more Tory MPs, theoretically enough to defeat the government.

To measure just how weak British Prime Minister Theresa May is at the moment, consider this: Even the most embattled of leaders have had the option to reassert authority by hiring and firing ministers.

The Cabinet reshuffle, the way a premier can exercise ultimate power, has been a traditional device to gain strength quickly. But May is so weak that she cannot even sack ministers who are openly undermining her.

Labour seized on the disunity in Tory ranks and market uncertainty to say that May would struggle to pass her flagship EU withdrawal bill without making a series of concessions.

The main stumbling block continues to be the UK’s refusal to accept the EU’s analysis of what it will owe on leaving the bloc in March 2019. Estimates on the size of the divorce bill have varied from about €60bn to €100bn.

At the moment, the real power in British politics currently lies with Boris Johnson, the pro-Brexit Foreign Secretary, who for the past month has been openly challenging the prime Ministers authority by setting out his own red lines on what would be an acceptable deal with the EU. The Prime Minister has been unable to sack or demote him, despite his persistent undermining of her. As Micheal Heseltine, recently stated in an interview, ‘send him to Mongolia’. Such is the chaos and damage Boris is causing the entire Tory party.

Unless the Prime Minister can find a way to stabilise her leadership and signal this to Brussels, that London is running the show, then, Britain’s instability will continue for months to come.

Sterling fell sharply against the euro on the currency markets on Thursday lunchtime when Barnier, the EU’s chief negotiator, gave a sombre assessment of the status quo.

The Labour leader, Jeremy Corbyn, speaking on a visit to Shipley, in West Yorkshire, condemned the government’s handling of the talks and some political commentators are talking of a saboteur move by Labour to support the revolt inside the Tory camp.

The writing is on the Wall for the PM, dubbed the Iron lady at the start of the year to perhaps a flattened deflated leader hanging on to the power she craves, ‘The Ironed Lady’.