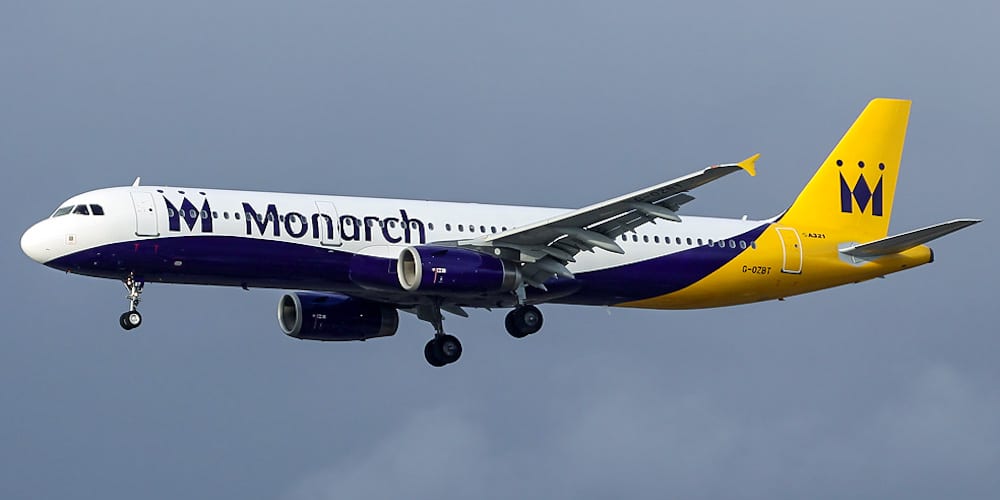 Monarch Airlines collapses, and the CAA had fair warning, yet didn’t act until now. Leaving over 110k passengers stranded

Monarch Airlines has ceased trading and all its future flights and holidays have been cancelled, affecting hundreds of thousands of customers.

Monarch is the UK’s fifth biggest airline and the United Kingdoms largest ever air line to collapse. It was strategically placed into administration at 04:00 BST at a time when the airline had no planes in the air.

Consequently, the airline then sent text messages informing passengers that flights had been cancelled but some customers were already at airports. Leaving people stranded and in no man’s land, without any recourse for ongoing transport links.

About 860,000 people have lost bookings and more than 33 planes will be sent by the Civil Aviation Authority to return 110,000 holidaymakers who are stranded overseas.

Monarch employs about 2,100 people and reported a £291m loss last year. They have also covered hundreds of routes since being founded in the 60’s. And have left a void of with 300,000 future bookings which have been cancelled.

The airline used an easy get out by citing Terror attacks in Tunisia and Egypt as a reason for the loss, as well as increased competition and the weak pound are being blamed for its demise.

The truth may be significantly different. Monarch Airlines operated in a market which thrives on the low cost option and generating revenue from ‘add on’ services and ‘up-sells’ are crucial to their survival. That is why they have such aggressive marketing available at resorts and airports. These ‘up-sells’ have dropped significantly with buyers sticking to their budgets and not falling for gimmicky ads which cost so much more.

Not being able to adapt to changing demands and travel appetites for new destinations in the middle east is a factor that has cost the airline severely.

The writing was on the wall as Monarch had been in last-ditch talks with the Civil Aviation Authority (CAA) about renewing its licence to sell package holidays, but failed to reach a deal.

The fact remains the airline was on the verge of collapsing a few weeks ago, yet despite the warnings refused to warn passengers of the upcoming catastrophe. Civil aviation authorities will now pick up the pieces and try to resolve immediate travel concerns for passengers. But it does not seem like an adequate response for those stuck in limbo land in the middle of their holidays.

Many Holiday makers, have been forced to book more expensive options to return to the UK and are worried that they will not be compensated for their losses.

Questions are being raised at the civil aviation authorities governance of the whole sector. Not being ready or able to respond immediately to a crisis is a major concern. Another is how the aviation authority allows for airlines to cancel return journey flights without notice. Surely, this is the guarantee that we as customers pay on our flight tickets.

With Ryan Air on verge of collapsing and cancelling hundreds of flights, the civil aviation authority must look at the way it manages the market. To ensure that consumers to do not lose faith in the British airline sector as a whole. #Responsible

Have you got a flight booked with Monarch? Are you Monarch staff? Email us at info@wtxnews.com

Please include a contact number if you are willing to speak to a journalist. Send your pictures and details of how your holiday has been ruined. We will respond to all your emails and report as a many as we can.

Have Your Say, It Matters to Us.