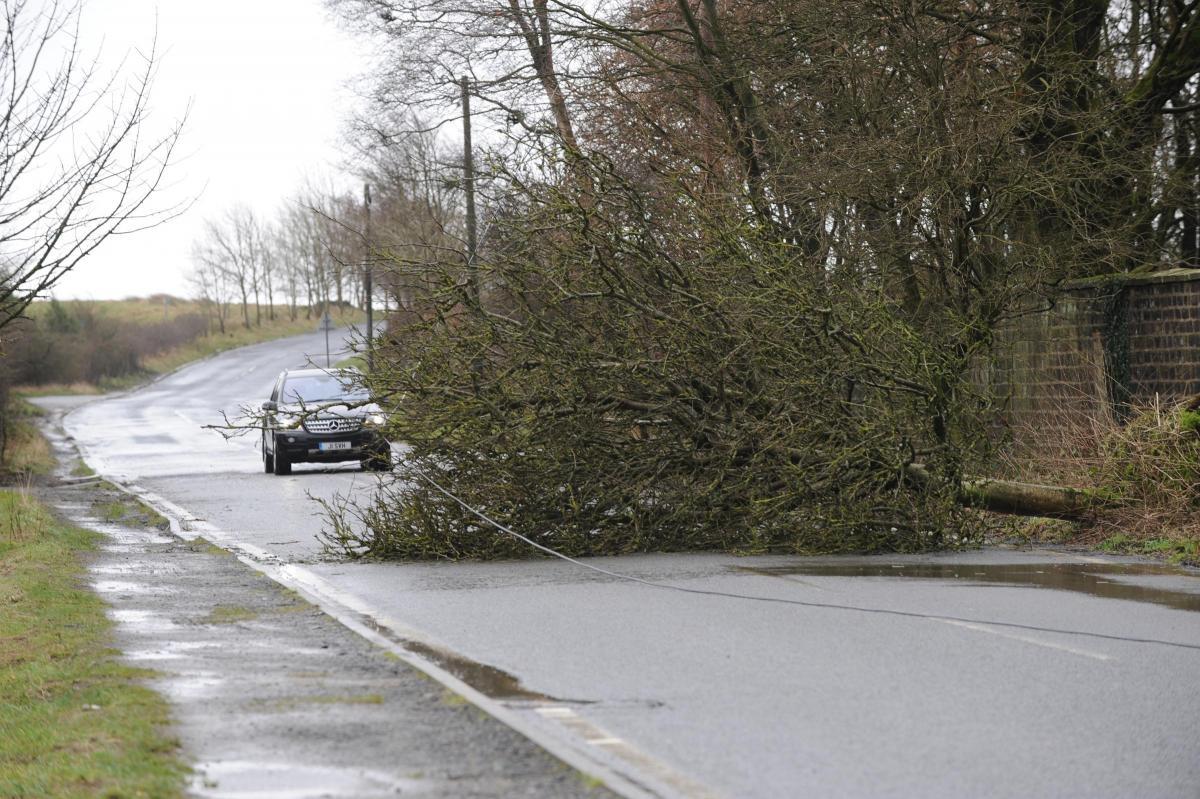 The Met Office has issued a warning for Storm Aileen gusts of up to 75mph could hit north Wales, southern parts of northern England, the north Midlands and Norfolk later. Commuters are being warned to expect rush hour chaos as Storm Aileen brings strong winds to parts of the UK.

Aileen, the first named storm this season, left thousands without power overnight. Winds of 75mph have been recorded in Avonmouth, in Bristol. Stay updated with the latest and breaking news in the weather briefing, which is coming up.

Highways England warns of an increased risk to drivers of lorries, caravans and motorbikes being blown over.

Disruption is also expected to rail services during the morning rush hour. On its website, National Rail said falling trees and large branches, power cuts and debris blown onto the tracks were causing problems. More information with the latest travel updates will be provided by the Travel briefing.

It also advised people to take extra care and considered delaying their journey if the weather becomes more severe.

Storm Aileen has battered parts of the UK overnight- get more with your daily Weather briefing. Today’s weather has been a mixture of sunshine and showers for most of the UK

Overnight, more than 800 homes were without power in Nottinghamshire, and a further 700 homes in Lincolnshire were also affected. Power cuts were also reported in parts of Wales and south-west England.

Police forces in Staffordshire, Cheshire and Gloucestershire have all reported trees being blown over by the winds during the night.

The Met Office said there was no connection between high winds in the UK and the recent extreme weather in the Caribbean and the US.

The UK’s weather system is coming from the north, in the Atlantic, the Met Office added. And the warning for strong winds is in place until 10:00 BST, with heavy rain likely to fall until midday.

My Tweets
We use cookies to help identify your computer so we can tailor your user experience, track shopping basket contents and remember where you are in the order process. WTX News Our Cookie Policy
Finally, the new Apple iPhone X and iPhone 8 are here, Dubbed ‘The Future’
Business Briefing: Wed 13-09-2017 Market News & Forex, FTSE, DOW, Bitcoin & Gold
To Top
Weekly