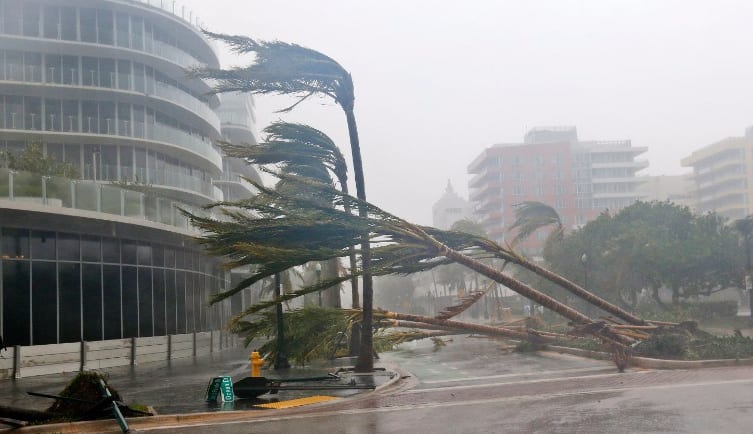 Hurricane Irma, upgraded to category 4, has made landfall on the lower Florida Keys, bringing high winds and heavy rains. Irma has already caused death and widespread destruction in the Caribbean, and more than a quarter of Florida’s population has been ordered to evacuate.

Hurling 130 mph winds, the Category 4 storm made landfall on Cudjoe Key, the National Hurricane Center said. But even more powerful could be the storm surges that threaten to swallow Florida’s coastal cities.

However, not everyone heeded orders to evacuate coastal Florida. And already two deaths ave been confirmed.

Miami is also taking a beating from Irma. Ferocious winds knocked out power to more than 680,000 customers in the Miami-Dade area, and at least one construction crane snapped.

Watch The Live videos below

Brickell area in #Miami taking the surge from #Irma. It's as deep as 2' at SE 12th St. & Brickell Ave. pic.twitter.com/UAhcDLij6N

Angry waters in the Brickell area of #Miami and along the Miami River. We're live on @weatherchannel pic.twitter.com/pLP7QU5Rxi