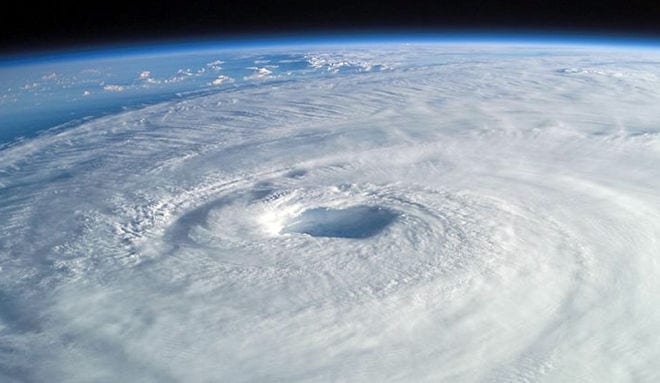 Hurricane Irma strengthens to Category 5 storm as Florida braces itself for impact.

Hurricane Irma becomes the first Atlantic storm to reach Category 5 in more than a decade.  As Americans cleared supermarkets of bottled water and emptied gas pumps, people in the northeastern Caribbean were making last minute-preparations before category 5 Hurricane Irma hits their islands.

Late Tuesday evening, the massive Category 5 storm was almost upon islands like Antigua and Barbuda with near-record 185 mph sustained winds. The US National Hurricane Centre said the eye of the hurricane was 50 miles from the two islands and the centre of the storm was moving to the west-northwest at 15 mph.

The hurricane Centre said the extremely dangerous core of Irma would hit the northern Leeward Islands, which include Antigua and Barbuda, St. Kitts and Nevis, and Anguilla — Tuesday night or Wednesday morning.

It’s too early to tell whether the storm will make landfall on the US mainland, but forecasts show it could turn toward Florida over the weekend. Forecasters’ most immediate concerns are for the people of the northeastern Caribbean. Irma’s current forecast has it near or over Antigua and Barbuda and by early Wednesday it should reach The British and US Virgin Islands and Puerto Rico.

The Dominican Republic issued a hurricane warning Tuesday evening that included coastal cities from Cabo Engaño to the northern border with Haiti.

Hurricane warnings are issued to areas that are expected to experience hurricane-force winds (which are least 74 mph). Hurricane Irma however has been churning winds over the Atlantic with sustained speeds of 185mph.

While Irma’s exact path is uncertain, Florida is bracing for the storm. Schools and county offices are to be closed on Thursday and Friday. After declaring a state of emergency across Florida, Gov. Rick Scott said President Donald Trump had “offered the full resources of the federal government as Floridians prepare for Hurricane Irma.” White House Homeland Security Adviser Tom Bossert tweeted that the President had declared emergencies for Florida, Puerto Rico and the US Virgin Islands.

Irma is a classic “Cape Verde hurricane,” meaning it formed in the far eastern Atlantic, near the Cape Verde Islands (now known as the Cabo Verde Islands), before tracking all the way across the Atlantic. And Cape Verde storms frequently become some of the largest and most intense hurricanes on record. Like Hurricane Hugo, Hurricane Floyd and Hurricane Ivan.

#Irma is only the 5th Atlantic basin hurricane with a peak wind speed of 185 mph or higher. pic.twitter.com/R3hZ2FG94b