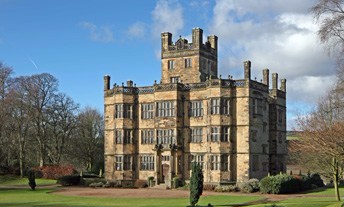 Lancashire emerged as a major commercial and industrial region during the Industrial Revolution. Liverpool and Manchester grew into its largest cities, dominating global trade and the birth of modern industrial capitalism.

Lancashire – The Red Rose county in the North West of England

Lancashire is more commonly known as the Red Rose county, based in the North West of England. It shares its borders with Cheshire, Yorkshire, Cumbria, Merseyside and Greater Manchester. Lancashire was also one half the famous battle of the Roses, between Lancashire and it’s famous neighbors Yorkshire.

The county town is Lancaster although the county’s administrative center is Preston. The county has a population of 1,449,300 and an area of 1,189 square miles (3,080 km2). People from Lancashire are known as Lancastrians. Major motorways pass through the county like the M6 and the M62. And has  great connection service to London and Bormingham, with trains form Preston to London Euston & Birmingham running daily.

Lancashire emerged as a major commercial and industrial region during the Industrial Revolution. Liverpool and Manchester grew into its largest cities, dominating global trade and the birth of modern industrial capitalism. The county contained several mill towns and the collieries of the Lancashire Coalfield. By the 1830s, approximately 85% of all cotton manufactured worldwide was processed in Lancashire.

A county that is full of lush green lands but also plenty of buzzing commercial towns. famously the Queen commented when she retires she would like to move to the glorious green lands of Lancashire. More specifically, the Ribble Valley.

Accrington, Blackburn, Bolton, Burnley, Bury, Chorley, Colne, Darwen, Manchester, Nelson, Oldham, Preston, Rochdale and Wigan were major cotton mill towns during this time. Blackpool was a center for tourism and Pendle Hill is one of its more well known landmarks, a tourist hot spot for all those in the know.