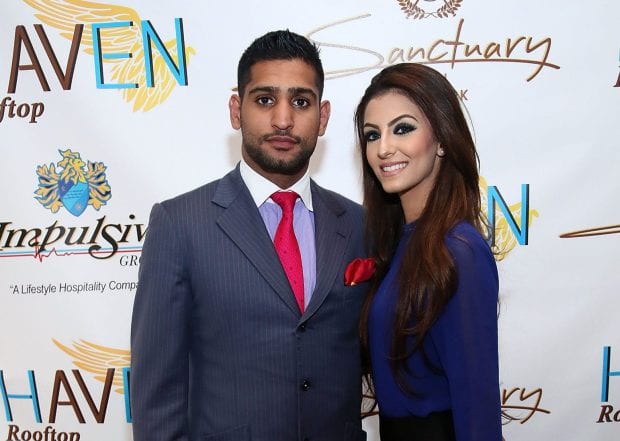 The cosmetics & media hunger of Faryal made everything worse

Faryal’s cosmetic transformation & Fame hungry nature strained the marriage, even before the affair.

From a shy young girl, blessed with natural beauty, Faryal was studying Political journalism at America’s Rutgers University. This was around the time she began to get to know Amir Khan.

Initially, she was starstruck and by the British Boxing phenomena, who was storming the boxing world with his talent. The couple eventually went on to marry in 2013, in a lavish wedding, with over a 1000 guests in New York. The early years of the marriage were deeply religious and as many sources have reported were their best days. A few years later the couple announced the birth of their baby daughter. With Amir making big fights and huge pay days, their lives became more glamorous by the day. But it all came to a cruel end and turned into a twitter fiasco announcing their acrimonious divorce via Twitter just this week.

During these early years Faryal was growing her following on social media and started a makeup blog and as her popularity grew, so did her vanity. Sources close to the family, suggest that this lifestyle of constantly posting revealing and alluring pictures of herself did not sit well the Khans. Both the families did not want to see the couple turn into the Kardashians, with talks of reality TV show and Faryar hunger for fame, she even turned to Big brother.

Faryal has since courted controversy with her tendency to reveal more flesh than her religion deems acceptable, with it causing friction with Amir’s family and Amir’s fan base.

Since the pair struck up a romance, Faryal has undergone a huge transformation. She has since turned to cosmetics and has admitted to using cosmetic fillers, and has opted for a more garish style. The Before and after pictures reveal the glaring difference between shy 19-year-old who preferred jeans and brogues with natural hair, to a cosmetic addict.

It’s now been claimed Makhdoom contacted Khan in Dubai ahead of the video upload, with her parents also contacting his family, saying it was in their best interests to stay together for the sake of their two-year-old daughter, Lamaisah. As well suggesting she would make drastic changes to her lifestyle. However, Amir stood his ground and is adamant that her disingenuous nature is not to be trusted.

Her decision to have cosmetic work done: ‘Because of lack of sleep, genes, dehydration, I get bags under my eyes and I wanted to get them lightened. So I went to my doctor, Simon – he’s Kim Kardashian’s doctor. And claims ‘I like high cheekbones. I’ve never had plastic surgery.

Sources close to the pair, however, tell a different tale and one where Amir was fed up with her showbiz media hungry attitude and upon her alleged fling with AJ, he decided enough was enough. Claiming in this marriage he has split with his family for her and despite his best efforts he could no longer be with her. He has since revealed how devastated he is and is struggling to sleep since their Islamic divorce.

Faryal Makhdoom has since gone quiet on social media and it is understood the couple are preparing for what could only be a messy divorce.