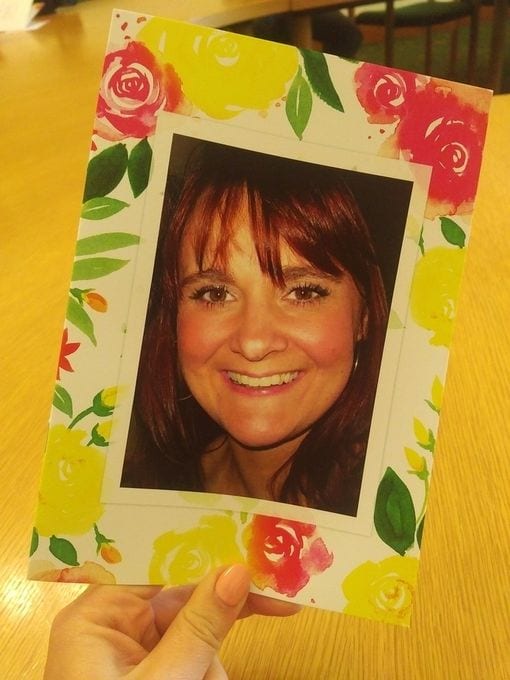 Det Cons Elaine McIver; A real hero who was killed in the attacks in Manchester is laid to rest today

The funeral of a Cheshire Police officer, Detective Constable Elaine McIver, who was killed in the Manchester Arena attack will take place this afternoon. DC McIver’s family and friends are wearing bright colours. It’s understood her partner Paul Price who was also seriously injured in the blast is also attending.

Two yellow buses with the words ‘We ❤ MCR’ on the front have brought friends of DC McIver to Chester Cathedral. And her colleagues from Cheshire Constabulary have attended the funeral at Chester Cathedral where the service will be held.

Today the 43-year-old will be remembered by family, friends and police colleagues during a service at Chester Cathedral. A horse drawn carriage is expected to arrive at the cathedral just before 2pm, flanked by two police horses.

They will be met by uniformed pall bearers and a uniformed guard of honour. A real British hero, who served with courage will be laid to rest in a private funeral today. Hundreds of well wishers lined the streets leading up to the cathedral to receive the horse carriage procession and observed the ceremony with silence and respect, until the carriage arrived, which was met by a warm applause.

My Tweets
We use cookies to help identify your computer so we can tailor your user experience, track shopping basket contents and remember where you are in the order process. WTX News Our Cookie Policy
5 London acid attacks in 90 mins: Teenager arrested
2017 Ladies Wimbledon Champion Garbine Muguruza
To Top
Weekly