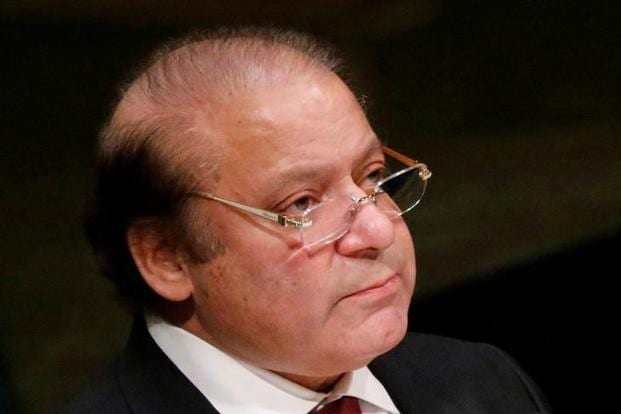 Pakistan’s Prime Minister suffers huge blow in the scrutiny of his finances. A Joint Task committee that was setup to investigate the backlash following the leak of the Panama papers last year.

The Panama Papers are 11.5 million leaked documents that detail financial and attorney–client information for more than 214,488 offshore entities. The documents, which belonged to the Panamanian law firm and corporate service provider Mossack Fonseca, were leaked in 2015 by an anonymous source, some dating back to the 1970s.

The leaked documents which contained personal financial information about wealthy individuals and public officials that had previously been kept private. While offshore business entities are legal, reporters found that some of the Mossack Fonseca shell corporations were used for illegal purposes, including fraud, tax evasion, and evading international sanctions.

This scandal hit Nawaz Sharif particularly hard with the premier of Pakistan taking on huge backlash largely due to the campaigning of civil justice Imran khan. The former cricketer has long been campaigning against the corruption in Pakistani politics and the Elite. Some will see this as a mini victory for the former cricketer.

The PM of Pakistan Nawaz Sharif has been under strict scrutiny since the release of the Panama papers. A Joint Investigation Team (JIT), formed by the Supreme Court to investigate the Sharif family’s business dealings, has found disparities in the family’s known sources of income and their actual wealth which it says the Sharif family was unable to substantiate.

The JIT’s report on the probe, sections of which circulated Monday evening, suggests that Prime Minister Nawaz Sharif, his sons Hassan Nawaz and Hussain Nawaz, as well as daughter Maryam Nawaz, have been found in violation of Section 9 of the National Accountability Bureau (NAB) Ordinance, 1999.

The Supreme Court bench overseeing the JIT, which will convene next Monday, has yet to review the report and pass a judgement.

It comprises Justice Sheikh Azmat Saeed, Justice Ijazul Ahsan and Justice Ejaz Afzal, the three judges who authored the majority verdict in the Panamagate case and sought to give a chance to the Sharif family to substantiate the sources of their wealth through the JIT’s probe.

The drawn out Supreme Court case to disqualify Prime Minister Nawaz Sharif for allegedly misleading the nation on his family’s alleged involvement in corrupt practices, as outlined in the Panamagate case, had ended April 20 with the court ordering the formation of the JIT to probe the family’s sources of wealth.

The final verdict had been split 3-2 among the five-judge bench, with the two dissenting notes from Justice Asif Saeed Khosa and Justice Gulzar Ahmed. Justice Ejaz Afzal had authored the majority opinion in the 540-page verdict.

The two judges who ruled against PM Nawaz Sharif had said he should be disqualified as he could no longer be considered ‘honest’ and ‘truthful’, whereas the other three were in favour of forming a JIT to definitively answer the question of whether the allegations against the prime minister were true or not.

Maryam had rejected the report,tweeting, “JIT report REJECTED. Every contradiction will not only be contested but decimated in SC. NOT a penny of public exchequer involved.” Maryam, 43, is being groomed to succeed her father and the charges may seriously impede her ambitions.

This report is not without its own scandal, with the local media reporting text and Whatsapp messages between the JIT committee and the opposition leaders. It will be interesting to see how this unfolds as Pakistan is struggling to keep its democratic process in check.