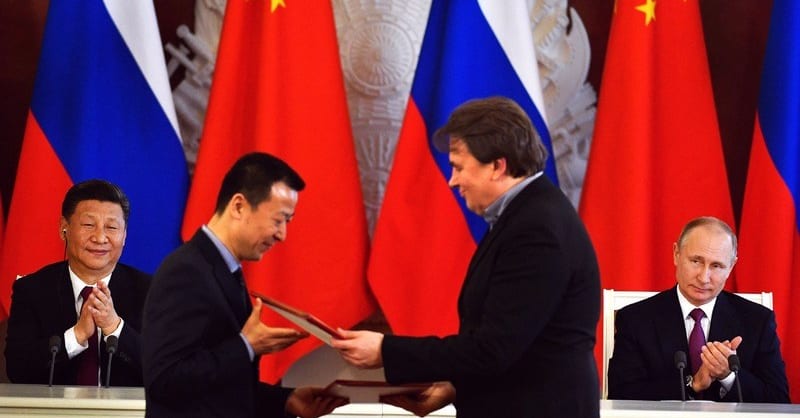 The sit-down in Moscow is meant to focus on bolstering trade ties between the two partners, with deals worth billions of dollars expected to be signed. But the talks were also expected to discuss North Korea after Pyongyang claimed the launch of its first inter-continental ballistic missile.

“Economic questions are always at the centre of our attention but we are also engaged in coordinating our efforts in the international arena,” Putin told Xi at the start of the talks.

The Chinese leader Xi Jinping, in turn, praised the “special character” of China’s ties with Russia, He called the two nations “good neighbours, faithful friends and reliable partners” in comments translated into Russian.

The leaders of the two neighbours are expected to oversee the inking of a raft of deals worth billions of dollars as Moscow continues a pivot towards China it has ramped up since ties with the West slumped over Ukraine.

Ahead of his arrival in Moscow Xi said that relations with Russia were currently enjoying their “best time in history” as he and Putin have struck up a close relationship. The Kremlin strongman is set to present Xi with a prestigious Russian state award at the Kremlin.