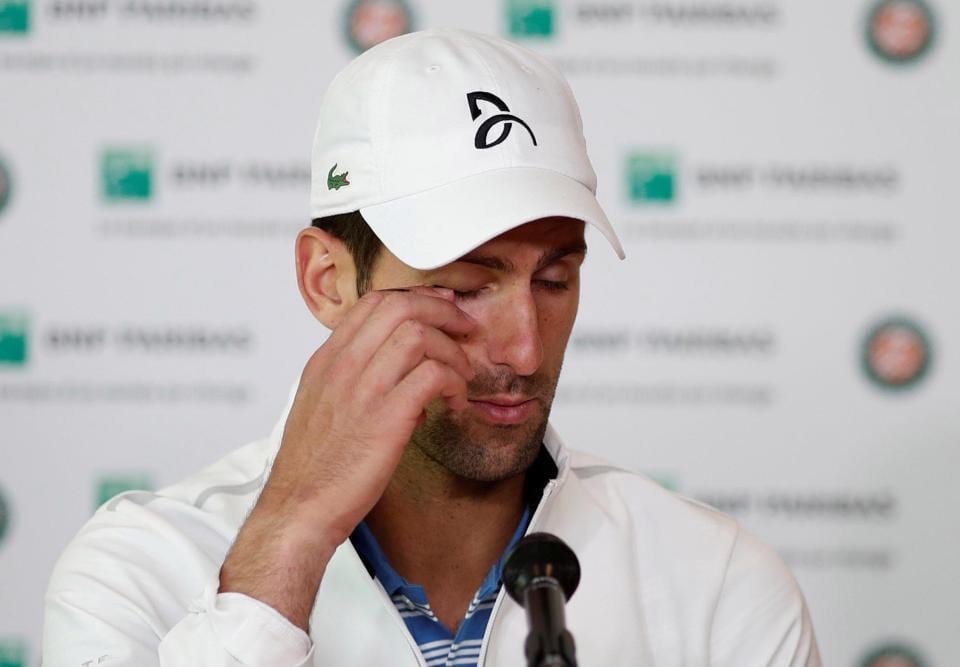 Novak knocked out in the French Open

Defending champion Novak Djokovic is out of the French Open following a straight-sets defeat by Dominic Thiem. The World No 2 seed was second best throughout the match to powerful-hitting Thiem, losing 7-6 (7-5) 6-3 6-0 in Paris. It is the Thiem’s first victory over Djokovic and he will now play Rafael Nadal in the last four.

Dominic Thiem, 23, is world No 6 and the Austrian played a hard game against Djokovic, who hit 38 winners in the match. Novak Djokovic only managed 18, with Thiem hitting 20 forehand winners.

Thiem demonstrated his the strength of his game and willingness to fight each point, in a brutally physical first set lasting 73 minutes, which Djokovic led 4-2 until a double-fault handed a break back before three backhands gave his opponent the tie-break.

Djokovic’s mental and physical vulnerability was then ruthlessly exposed as Thiem took the second before emphatically sealing the third to love to take the match.

Thiem now moves into the next round to face Rafa Nadal, who reached the semis after fellow Spaniard Pablo Carreno Busta withdrew from their match with an abdominal injury while trailing 6-2 2-0.

Fourth seed Nadal is aiming to win a record 10th title at Roland Garros having become just the fifth man to reach 10 semi-finals at a single Grand Slam in the Open era.