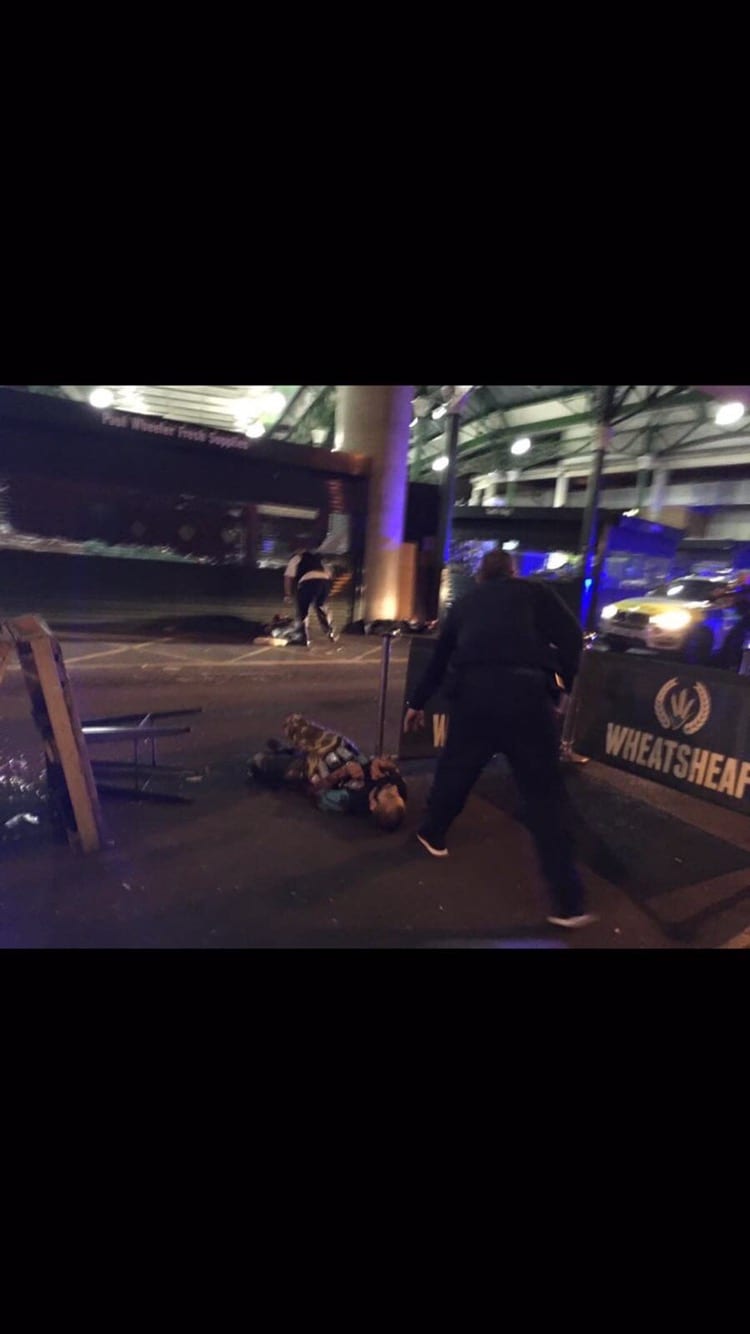 Why was the security threat level dropped? Is the Government in control?

Six people have been killed in a terror attack in central London. The incident took place at London Bridge station in which three assailants were shot dead by police, Scotland Yard has said. A white van hit several pedestrians on London Bridge at around 22:00 BST before crashing into railings.

Three men then left the vehicle and stabbed a number of people in Borough Market, south of the bridge, an area known for its restaurants and bars causing panic and chaos on busy Saturday evening.

Armed officers confronted and shot the suspects within eight minutes of receiving the report. Following which it was confirmed that the suicide vests were fake and not armed.

The Metropolitan Police confirmed six people had died and 48 required hospital treatment. All patients are being treated at nearby London hospitals.

British Transport Police said one of its officers was seriously injured responding to the attack. It has not been confirmed if City of London police were involved in the shooting. City of London Police always carry arms and located in central London.

A third police unit was sent to the Vauxhall area. Officers later said this was a stabbing and not connected to the operation at London Bridge and Borough Market.

Prime Minister Theresa May described the incidents as “dreadful events” and will chair a meeting of the government’s Cobra emergency committee later on Sunday.

The second attack in England within two weeks raises quite a few concerns for the Prime Minister.

The Prime Minister must get a handle on the serious level of security concerns facing this country. Only earlier this week the national threat level was lowered. Does this mean we do not have the security under control?

Millions of pounds have been spent on the defence budget and the security of the Nation and laws have been passed that curb the freedom of the public. To hear the Prime Minister is not going to chair the Cobra Meeting till later today is disappointing and callus.

One thing is for certain London is united. The amount of support and unity messages are reassuring. Apart from the odd usual suspects Katie Hopkins and crew who are trying to jump on the hate rhetoric and get noticed.

London has not fallen.