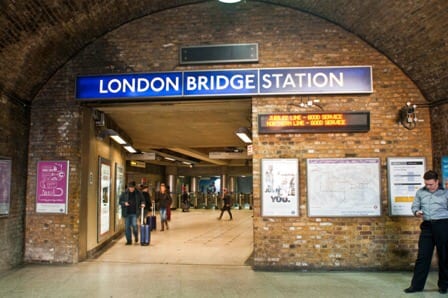 LONDON Bridge station has been evacuated amid reports of a van mowing down pedestrians, victims being stabbed and shots being fired.

Six killed in vehicle and stabbing incidents in London, 30 more casualties in hospital at present.

Armed police are at the scene while people have been seen fleeing the central London landmark near Borough Market and one of the busiest stations in the world.

According to eye witnesses several people are receiving emergency treatment after being stabbed.

They are reports of shots being heard as well as according to one report 15-20 people were injured, some seriously, after the car ploughed into them.

There were also reports that somebody had run into a restaurant and stabbed two people.