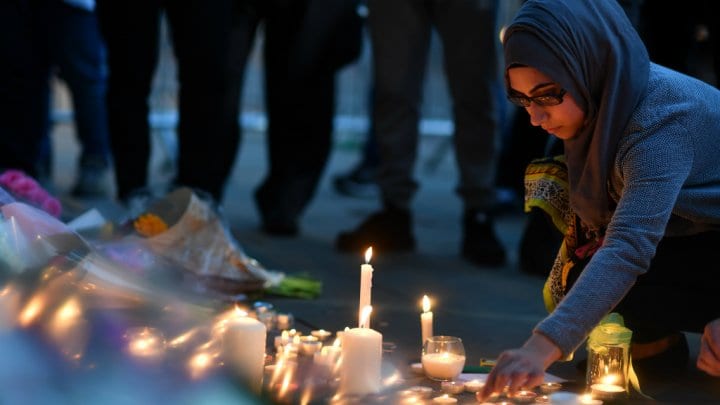 Police received 28 reports of hate crimes on the day of the attack, but the number rose to 56 by Wednesday.

“It is important that we continue to stand together here in Greater Manchester. Particularly against some of the hateful views that we’ve seen from a very small minority of the community that have no place here,” Ian Hopkins, Chief Constable of Greater Manchester Police, said.

Hopkins added that police could directly link the spike in crimes to the events on Monday night and that authorities were continuing to monitor the situation.

“I have sent a personal message out to all the faith leaders and places of worship today and have thanked them for the support they have shown and stressed that hate crime will not be tolerated,” Hopkins said.

At least 22 people, including children, were killed and 59 others were wounded Monday in a suicide attack that targeted concertgoers following a performance by U.S. singer Ariana Grande in the U.K. city of Manchester.

Apart from the outburst from opportunistic social media profiles like Katie Hopkin and Piers Morgan, the majority of Mancunians have shown defiant solidarity in the wake of this terrorist attack.

Monday’s deadly attack in Manchester by a resident of Libyan origin has put the city’s Muslim community on edge. But they are determined the city they love will say no to hate and divisions.

A message from Vincent Kompany on behalf of Manchester City Football Club following the tragic events at Manchester Arena on Monday night. pic.twitter.com/MPa00RcsoB