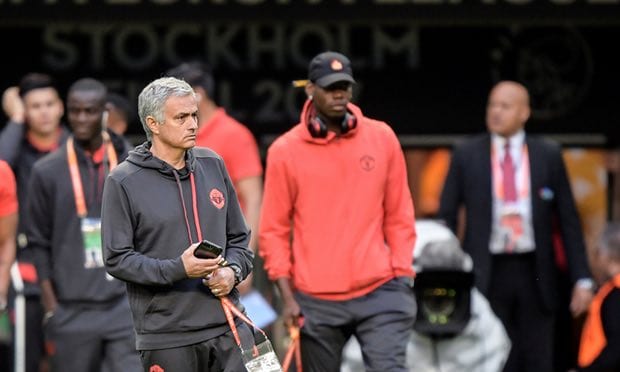 Rooney and De Gea on bench for europa league final

Manchester United can secure a place in next season’s Champions League and add the only major trophy they have never won by beating Dutch side Ajax in the Europa League final in Stockholm.

Jose Mourinho’s side finished sixth in the Premier League but will join Chelsea, Tottenham and Manchester City in the group stage if they win.

The match comes two days after a suicide bombing in Manchester that killed 22 people.

United will wear black armbands. A minute’s silence will also be held before the match. It will not be easy for José Mourinho and his players to adopt a ‘business as usual’ approach after Monday’s atrocity, and the mood in Stockholm feels subdued

Liverpool have also qualified for the Champions League after finishing fourth in the Premier League but must win a two-legged play-off to reach the groups.

Ajax have not played in a European final since 1996, while defeat for United would cost the club £50m in missed revenue.

Mourinho has rested players and sacrificed United’s chance of finishing in the top four of the Premier League to concentrate on Champions League qualification by winning the Europa League.

The Portuguese has defended making the competition his priority and rebuked the claims of negative tactics – but defeat in Stockholm would unleash another level of criticism.

Teams News to follow later today. But United will be without Eric Bailly and Zlatan Ibrahimovic.

Skåne fans in Stockholm @Sp4zie where u at man pic.twitter.com/mP323VUd4P