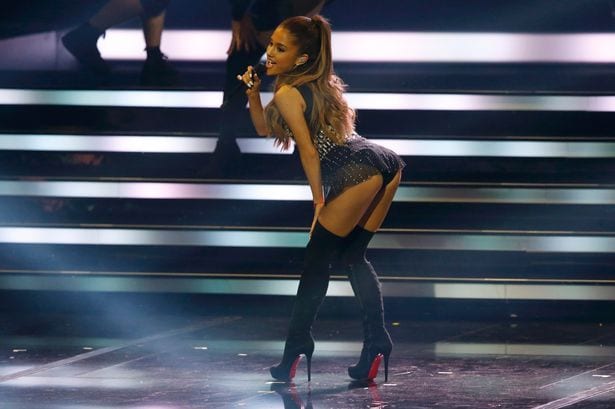 Manchester was Hit at @ArianaGrande Concert; 19 Deaths and 50 injured.

Two Explosions rocked manchester following Ariana Grande concert in the Manchester Arena. 19 confirmed deaths and 50 plus have been injured.

A blast at the end of an Ariana Grande concert attended by thousands of young fans in the city of Manchester has killed at least 19 people and wounded 50 others, with police calling it a “terrorist incident”.

Police responded to reports of an explosion shortly after 10:35 pm (21:35 GMT) at the arena, which has the capacity to hold 21,000 people, where the US singer had been performing to an audience that included many children.

broken.
from the bottom of my heart, i am so so sorry. i don't have words.

If confirmed, it would be the deadliest attack on Britain since four men killed 52 people in suicide bombings on London’s transport system in July 2005.

Police cars, bomb-disposal units and 60 ambulances raced to the scene at Manchester Arena after Monday night’s explosion, which struck outside the venue as concertgoers were leaving.

Police said they are still gathering information and Greater Manchester Police has established an emergency telephone number in response to the attack. It is: 0161 856 9400.

British Transport Police said the explosion was in the arena’s foyer, which connects with Victoria train and tram station, a major hub on the northern edge of the city centre.

Greater Manchester Police carried out a precautionary controlled explosion in the Cathedral Garden area of the city at about 01:32. The force later confirmed it was not a suspicious item.

In the aftermath of the explosion, witnesses spoke about the fear and confusion that gripped those caught up in the events.

Emergency services and Anti-terror police responded to the scene in minutes, with witnesses saying a convoy of ambulances and emergency responders heading to the Manchester Arena at speed. Following the devastation, the locals from the city also assisted in helping the victims. With local takeaway owners giving away free food and taxi drivers driving victims home for free, back and forth all night.

Twitter has been flooded with appeals from relatives and friends of missing concertgoers via the hashtag #MissingInManchester. Facebook also activated a safety check feature so that people can let their family and friends know they are safe.

Within an hour of reports of the incident emerging, people began offering spare rooms and beds to people stranded in the city using the hashtag #RoomForManchester.

The PM is set to chair a meeting of the government’s emergency Cobra committee at around 09:00 BST. In the meantime, the election campaign has been put on hold and she has cancelled campaign events on Tuesday.

Social Media has erupted since the bombing and for all those searching for missing loved ones please use the hashtag #missinginmanchester or call the hotline 0161 856 9400.

Greater Manchester Police has established a help centre for anyone who needs assistance in tracing loved ones. It said help is available at the Etihad Stadium access Gate 11.

Panicking at Victoria Station after @ArianaGrande concert. Hope everyone is all safe and well. pic.twitter.com/6Q5WNXFkFO

My Tweets
We use cookies to help identify your computer so we can tailor your user experience, track shopping basket contents and remember where you are in the order process. WTX News Our Cookie Policy
Another blast heard in manchester
US forces kill seven al-Qaeda militants in Yemen
To Top
Weekly