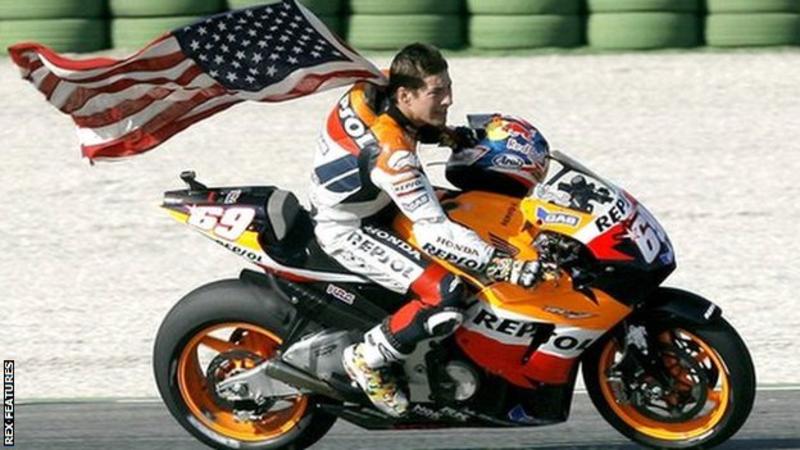 Tragic News: Former MotoGP champion Nicky Hayden has died aged 35, five days after being involved in a crash while cycling.

The American collided with a car on the Rimini coastline in Italy on Wednesday, 17 May.

He suffered “serious cerebral damage” and had been in the intensive care unit of Cesena’s Maurizio Bufalini Hospital.

Hayden, who competed in the World Superbike Championship in Italy on 14 May, won the MotoGP championship in 2006. A hospital statement issued on Thursday said Hayden had suffered “a serious polytrauma”, which is a medical term to describe the condition of a person who has multiple traumatic injuries.