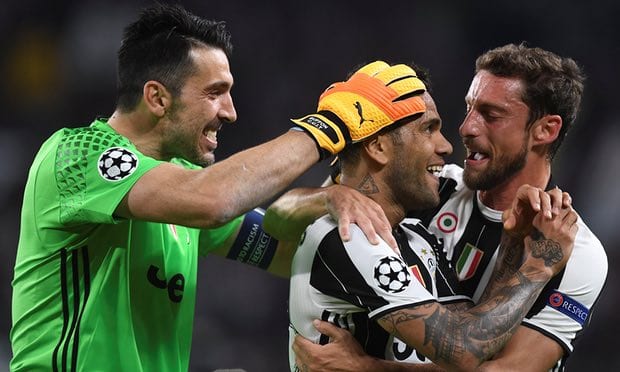 #Trump, #Juve #Tories and the tragic death of the girl at Drayton Manor

Today’s News round up starts with Donald Trump firing FBI chief Comey. The White House shocked Washington by announcing that James Comey “has been terminated and removed from office”. But Democrats said he was fired because the FBI was investigating alleged links between the Trump campaign and Russia. The move came as it emerged Mr Comey gave inaccurate information to Congress last week about Mrs Clinton’s emails.

Evha Jannath, an 11-Year-Old girl, fell out of a circular boat on the Splash Canyon attraction during a school trip to Drayton Manor Theme Park in Staffordshire on Tuesday. The pupil, from Leicester, was rescued from the water and taken to hospital but pronounced dead a short time later. Staffordshire Police said a Health and Safety Executive investigation had begun. The theme park is to remain closed for the day as “a mark of respect”. The girl’s school, Jameah Girls Academy in Leicester, is also closed.

CPS press no charges over alleged 2015 Tory election over-spending, with CPS reportedly to announce the result of an investigation into allegations of election spending fraud. The Crown Prosecution Service said it had examined files from 14 police forces and while there was evidence of inaccurate spending returns it did not “meet the test” for further action. It is still investigating the Conservative campaign in South Thanet.

The Conservatives said the allegations had been “politically motivated” and a “waste of police time”. The inquiry related to claims some “battle bus” campaigning costs in the 2015 election were wrongly recorded.

From Serie B to another Champions League final

Ten years ago, Juve were dragging themselves out of the second tier of Italian football following a tumultuous sequence of events that saw them demoted from Serie A.

Now, after beating Monaco 4-1 on aggregate, the Old Lady will face either Real Madrid or Atletico Madrid in the Champions League final in Cardiff on 3 June. Two Champions League finals in three years, on the cusp of winning a sixth successive Serie A title and 23 games unbeaten in Europe. Alves the man again impressed everyone over the legs and his goal just wrapped it up for Juve.