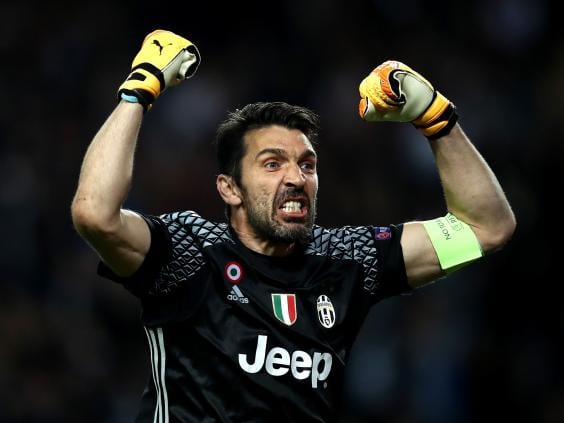 #Juventus score one of the best team goals in #championsleague

Two brilliant Dani Alves assists and two sublime Higuain finishes gave Juventus a 2-0 lead that they will surely defend when the two sides meet in Turin next Tuesday night.

This Juventus team, who lost the 2015 Champions League final to Barcelona, was not exactly green around the ears before those two showed up, to help them take the final step over the line. Now Max Allegri’s team has everything required to go one better and win it in Cardiff. Real Madrid will be dreading the prospect of facing them.

Both Juventus goals came after spells of Monaco pressure just when it felt like the red and white shirts were about to finally break through. Juventus hit them on the break, with speed precision and spectacular team goals. They weren’t your spectacular goals like a magical Messi run or a Cristiano free kick, but in terms of a team goal, this had to be amongst the most satisfying. One pass, led to 4 sprints, causing panic and chaos in the Monaco defence and entered Higuain to slot it home.

Modern football teams are a credit to incredible levels of fitness and endurance and the old lady, similar to Chelsea seems to have a balance of offensive spirit and resolute defending. In years gone by, Juventus teams have been experts at defending but have not really had the same impetus going forward, not that they have lacked quality, but primarily because defending was their main concern. This year as they demonstrated by defeating Barcelona and Monaco, they defend as intensely as before but make the transition to offence quickly and decisively. An untenable combination no matter how good the opposition.

Sure, Juventus had to do plenty of defending,  and Monaco played some good football and created some telling chances and after all these years Gianluigi Buffon, more experienced and more important than anyone, had half a dozen saves to make. But he made them and Juventus emerged with a clean sheet too.

A rematch of Juve v Madrid final is on the cards, in the past, you always thought Madrid were too strong, this year, however, the romantics are fantasising. Could be Buffon’s year, Juventus’s year against one of their own Zidane.

One of the best team goals in the champions league

May the best team that can eliminate Real Madrid win! #monacojuve

Bonucci, Chiellini, Barzagli and Buffon should be sponsored by Durex. 97% chance nothing gets through. #monacojuve #ASMJUV pic.twitter.com/w81q2eZfbE