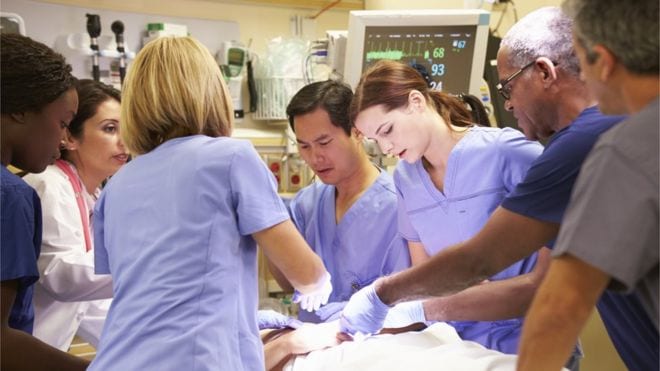 Patients will face longer delays for operations after the NHS decided to shelve one of its most important waiting time targets as part of its survival plan, which will also result in hundreds of thousands of people being denied surgery or at the very least receiving delayed surgery. The Government now recognises that budget for the NHS is limited and fixed and as such measures to manage resources are being put in place, but at what cost.

The NHS has a target that 92 per cent of patients should be treated within 18 weeks of referral by their GP. But the NHS has not hit this target since February 2016 and performance has been slipping since then.

Unveiling a blueprint for the NHS for the next two years, Mr Stevens also said hundreds of thousands of patients would no longer be referred to a consultant by their GP. Instead, GPs will be able to phone consultants to ask for advice, while other measures will be put in place to cut the number of people needing to be sent to a hospital for care.

The Royal College of Surgeons of England (RCSE) immediately accused the NHS of “waving the white flag on the 18-week target”. A clampdown on surgery deemed of “limited clinical value” will affect people with certain spinal conditions, for example. Overall, a greater number of people with back pain will be treated with physiotherapy rather than surgery. The number of patients not receiving treatment within 18 weeks of referral has gone up by 100,000 since January 2016.

The NHS will expand the use of “referral management processes”, under which doctors assess whether patients need to go to a hospital at all. More patients will be offered online advice And more scrutiny for Hospitals will be in place to encourage professionals to screen for smokers and alcoholics before referring them for treatment. Additional Reading

The BBC lays out the facts of this story thoroughly and is worth a read.

The article by the Independent is a more concise article and a quicker read.

Social Media updates about the NHS