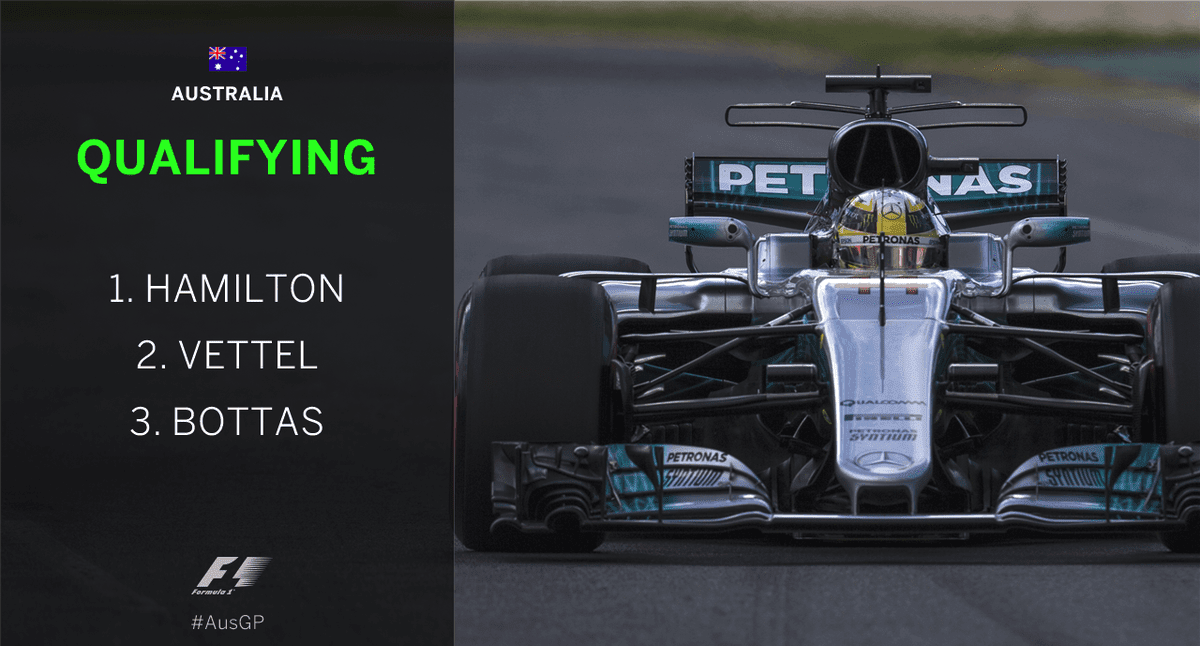 Lewis Hamilton won a tight battle for pole position between Mercedes and Ferrari, Hamilton took pole position by 0.268 seconds as Ferrari’s Sebastian Vettel joined him on the front row.

The German pipped Hamilton’s team-mate Valtteri Bottas by just 0.025secs as the new era of faster, more demanding cars got off to a promising start. Ferrari’s Kimi Raikkonen took fourth ahead of Red Bull’s Max Verstappen.

Lewis still has much to do, however. There are new rules governing starts this year which have put control much more back in the drivers’ hands and have therefore increased the possibility of errors.

And it will be a demanding race in pretty much the fastest cars ever raced in F1, following rule changes over the winter, and on tyres on which the drivers can push flat out for the entire race for pretty much the first time in six years. It promises to be a close race with faster more powerful cars and narrow margins between the top 3 teams.

The world champ is watching

So was Nicole Kidman

No better reason to be up at stupid o'clock on a Saturday!! Welcome back @SkySportsF1 🏎🏁🏎🏁🏎🏁 #Formula1 #F1 pic.twitter.com/XeTGrblyv8